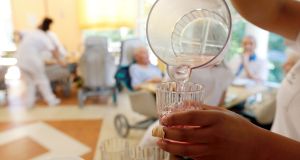 The figures, released to The Irish Times under the Freedom of Information Act, show a total of 87 HSE nursing staff were paid more than €100,000 in salary payments last year. This is an increase of nine on the 78 who earned in excess of €100,000 in 2017.

Those earning six-figure sums were mainly psychiatric nurses who earn large portions of their total pay in overtime, sometimes more than half their salary.

The figures disclosed by the HSE show the median salary, including overtime, for the 31,415 nursing staff employed during the year was close to €50,000.

A spokesman for the HSE ascribed the high overtime pay for psychiatric nurses to staff shortages in particular regions or in particular specialities.

He said overtime was used in psychiatric care at times when there were staff vacancies to ensure continuity of service, particularly in frontline services to patients.

“Every effort is made to minimise the use of overtime as we are very aware of the need for both staff and patient care, but there are occasions when there is no alternative.

“Overtime figures should be considered in the overall context of delivering mental health services, including increasing demand for services and the ongoing challenges in relation to the recruitment and retention of nurses within mental health.”

The spokesman said there were “particular challenges” in recruitment in some geographic areas and in some specialities. He said that additional funding for nursing courses would see extra recruits coming into the service in 2019.

High overtime earnings by psychiatric nurses is not a new phenomenon – for example, four earned more than €140,000 in 2012.

Peter Hughes, general secretary of the Psychiatric Nurses Association, said the figures reflected the overreliance within the HSE on overtime to maintain services.