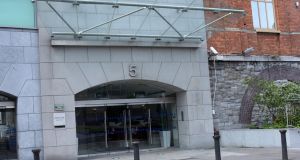 Motor insurance providers in Ireland were subject to a series of targeted raids as part of an anti-cartel investigation, the European Commission confirmed on Tuesday.

Agents from the European Competition Directorate were accompanied by counterparts from the Irish Competition and Consumer Protection Commission (CCPC) during the raids.

In a statement, the commission said it had “concerns that the companies involved may have engaged in anti-competitive practices in breach of EU antitrust rules that prohibit cartels and restrictive business practices and/or abuse of a dominant market position”.

An ongoing investigation by the CCPC into suspected breaches of competition law, which began last year, is understood not to be connected to Tuesday’s operation.

The commission said its “officials carried out unannounced inspections at the premises of companies active in motor insurance in the Republic of Ireland.”

“Unannounced inspections are a preliminary step into suspected anti-competitive practices,” the commission said.

“The fact that the commission carries out such inspections does not mean that the companies are guilty of anti-competitive behaviour nor does it prejudge the outcome of the investigation.

“The commission respects the rights of defence, in particular the right of companies to be heard in antitrust proceedings.”

The operation was carried out under Articles 101 and 102 of the Treaty on the Functioning of the European Union.

It said there was no legal deadline to complete its inquiries with the duration ultimately depending on a number of factors including the complexity of each case and the extent to which the companies concerned co-operate with investigators.

In a separate development it emerged on Tuesday the offices of Insurance Ireland were visited by compliance officers as part of an EU investigation into access to two databases used by insurance providers in the Republic, according to sources.

In a statement Insurance Ireland confirmed it was subject to an “unannounced inspection at its premises”.

There is a belief in the insurance industry that the investigation may be on foot of a complaint or series of complaints from new entrants to the market.

The first database at issue, called Insurance Link, allows members of Insurance Ireland and large corporations that insure themselves access to the claims history of individuals seeking to take out a new policy with a fresh provider.

Insurance Ireland is the representative body for the insurers in Ireland.

This database, access to which is governed by a protocol established by the Data Protection Commission in 2012, is run by a software company.

The second database, Integrated Information Data Service (IIDS), is operated by the Department of Transport.

This database allows insurers to confirm the accuracy of penalty points and no-claims discount information provided by customers when seeking to take out motor policies.

“Insurance Ireland understands that the inspection at its premises relates to databases concerning claims history information and drivers’ penalty points,” the organisation stated.

Sinn Féin finance spokesman Pearse Doherty welcomed the move against “possible cartel behaviour”, although adding they had come “late in the day”.

“The dramatic spikes in insurance prices across the board, and the fact that the Central Bank has accused the insurers of providing false information to it, point to sound grounds for investigation,” he said.

“The news this morning will offer hope to drivers and others reliant on insurance that there is some protection for them even if it is coming very late in the day.”