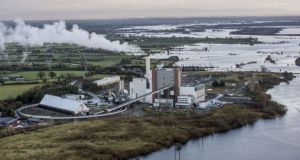 Senior Ministers will visit the midlands on Monday to meet people affected by last week’s decision by the ESB to close two peat-burning power stations.

Minister for Climate Action and Environment Richard Bruton will be accompanied by Minister for Finance Paschal Donohoe, Minister for Culture, Heritage and the Gaeltacht Josepha Madigan and Minister of State for the Office of Public Works Kevin Moran during the visit.

Mr Bruton will tour a rehabilitated bog following the Government’s commitment to a significant programme of bog restoration under its Just Transition plans for the midlands.

Jobs and re-training opportunities were at the heart of the Government’s transition plan with 400 direct and indirect jobs being created to retrofit homes in the midlands, Mr Bruton will say, with up to 100 jobs in restoring boglands.

Bord na Móna would be creating 100 new direct jobs and more than 150 indirect jobs by developing renewable energy assets by 2023. An additional 100 new jobs would be created in new recycling operations and potentially up to 300 jobs in green business projects.

Mr Bruton will tell the local community the transition fund for the region now stands at €11 million which will be used to support retraining and reskilling of workers and to assist local communities and businesses to adjust to the low-carbon transition.

However, former minister for climate action Denis Naughten has called for new uses to be found for the power stations and Bord na Mona sites where jobs are to be lost.

Speaking on RTÉ’s Morning Ireland Mr Naughten said his strategy as minister had been to reduce the amount of peat burned in power stations but to retain job numbers through the use of alternative bio fuels.

Following the rejection of this approach by An Bord Pleanála Mr Naughten said the power plants should be examined to see if they could be converted to burn only biofuels.

He warned the decision to close Lough Ree Power Station at Lanesboro and West Offaly Power Station at Shannon Bridge would leave a very short period in which alternative employment could be provided.

The closures were welcomed by environmental lobby group An Taisce, which also accepted the impact on the region would be significant. “This is most welcome in reducing Irish greenhouse gas emissions and abandoning the unsustainable import of biomass,” its advocacy officer Ian Lumley said.

Acknowledging the major employment loss he said it needed “a just transition response, for which European Investment Bank Funding can and should be rapidly mobilised”.

He added: “The development of these peat plants was a wasted State company investment which should never have happened. On top of this the electricity consumer was shackled with a public service obligation annual subsidy amounting to hundreds of millions over the lifetime of the plants.”