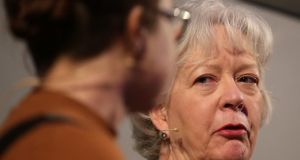 A small number of children – fewer than five – on the island of Ireland have presented with symptoms of possible inflammatory condition which may be linked to Covid-19, the Health Service Executive has confirmed.

The HSE sent an urgent alert on the condition to senior medics and public health experts on Tuesday afternoon after advice about the condition was passed on from the UK health service.

The urgent alert is the second-highest of four priority levels for messages set by the Health Protection Surveillance Centre (HPSC) and requires that the information be distributed to clinical staff within 24 hours.

However, children’s health experts said the incidence of the symptoms in children is so far very low and the risk remains low. The degree to which the condition is linked to Covid-19 is so far unclear.

In its advice, the HSE said the UK paediatric intensive care society had tracked an apparent rise in the number of children of all ages “presenting with multisystem inflammatory state” and requiring intensive care.

The Irish advice, which was sent on Tuesday afternoon, followed advice issued by public health authorities in the UK on the illness, which is apparently similar to toxic shock syndrome or an illness called Kawasaki disease, which is more common in parts of Asia.

Kawasaki disease, whose cause is unknown, often afflicts children aged under 5 and is associated with fever, skin rashes, swelling of glands, and in severe cases, inflammation of arteries of the heart.

Some of the children in Britain tested positive for Covid-19, while others did not. Medics have suggested that the disease may be linked to Covid-19 or may have another cause.

Prof Karina Butler, a consultant paediatrician and infectious disease expert at Children’s Health Ireland (CHI), emphasised that the incidence of Covid-19 developing into a serious condition in children is extremely low, and that the reported numbers presenting with the inflammatory symptoms are also small.

“It’s right we know about it to guide us in terms of our investigations, but it’s not likely that it’s going to be a common event. It’s a rare thing, but it’s an important rare thing to know about.” She said the syndrome is very similar to adults who get very sick with Covid-19, in that it prompts an inflammatory response “that isn’t readily turned off”. She pointed out there had been a very small number of confirmed Covid-19 cases in children in Ireland, an even smaller incidence of admission to ICU among children and no deaths.

She said there were normally between 20 and 30 cases a year of illnesses like Kawasaki disease in Ireland, of which usually only one would be severe.

“It’s not common, it’s very rare but it does happen,” she said. Children with symptoms along these lines have been reported in the UK and also in Italy, and the issue is being researched by experts from both countries.

British health secretary Matt Hancock told LBC Radio on Tuesday that some children had died from the disease who did not have underlying conditions. According to an advice note issued by NHS North Central London, “there is a growing concern that a Sars-CoV-2-related inflammatory syndrome is emerging in children in the UK, or that there may be another, as yet unidentified, infectious pathogen associated with these cases”.

Prof Butler emphasised that parents should not be unduly worried, but should remain watchful for persistent symptoms and should not hesitate to seek medical advice, as they would under normal circumstances with an unwell child.

In a statement, Children’s Health Ireland also said parents should not delay coming to children’s hospitals with injuries or illness that require an emergency assessment. “Our emergency departments at Crumlin and Temple Street Hospitals are safe to attend and are open 24/7. Our urgent care centre at Connolly Hospital is open for the treatment of minor injuries or illnesses (10am-5pm, Monday to Friday).”