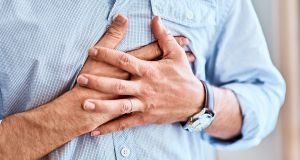 An employer told a senior technician to keep working after the man told him that he was experiencing chest-pain and may be having a heart attack, the Wordplace Relations Commission (WRC) has heard.

An employer told a senior technician to keep working after the man told him that he was experiencing chest-pain and may be having a heart attack, the Wordplace Relations Commission (WRC) has heard.

The worker continued to feel unwell the following day and was taken to hospital, where it was confirmed that he had suffered a heart attack.

The man’s boss came to visit him while he was in hospital in the days after the June 2017 episode and told him his job was secure. However, just over four weeks later, he was given notice of his redundancy. He was replaced in August 2017 after having his employment terminated.

The man, who started working for the company in April 2013, had stents inserted and was required to undergo intensive rehabilitation, which continued until January of last year.

WRC adjudication officer Pat Brady ordered the employer to pay the man €35,000 after finding that he suffered a discriminatory dismissal under the Employment Equality Acts.

Mr Brady found that the worker was suffering with a disability at the time of his dismissal and that the decision to dismiss him “was a particularly insensitive act in the circumstances”.

“It is of course permitted to fairly terminate employment on the basis of ‘capacity’; but not after the passage of a mere few weeks, or without a proper and fair procedure, and not under the ‘cloak of redundancy’.”

Mr Brady said there was no credible alternative explanation for the dismissal other than that the employer decided to terminate his employment in view of the employee’s illness and the likely extended rehabilitation process.

He said that at no stage before or after the worker suffered a heart attack was there any reference to the possibility of redundancy. No redundancy payment was made to the man and it appears there were no other redundancies, he said.

The worker did not lodge his claim until April of last year.

A medical certificate was furnished to say the worker was ‘medically unfit to contemplate any form of litigation’ and had not been ‘in a fit state of mind due to emotional upset and anxiety to contemplate proceedings in the six-seven months following his heart attack’.

The employer did not attend the hearing and a representative told the WRC following the hearing the company had ceased trading on August 11th, 2017.