Passenger from another car left critically injured, as man is arrested at the scene 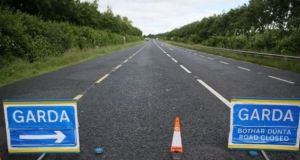 A man in his 70s has died in a three-car collision in Co Tipperary, with another man in his 20s left critically injured.

A man in his 30s was arrested at the scene of the incident, which occurred at South Lodge, Carrick-on-Suir, Co Tipperary at about 6.50am on Sunday morning.

No other serious injuries were reported. The man arrested is currently being detained at Clonmel Garda Station.

Forensic Collision Investigators are currently at the scene and the road is closed with local diversions in place.

Gardaí have appealed for witnesses to come forward, looking for road users that may have camera footage from the incident.