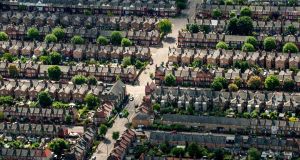 Since July of 2019, owners of properties in rent pressure zones have to get planning permission to use their housing for short-term lets for more than three months a year. Photograph: Dominic Lipinski/PA

Up to 70 per cent of suspected illegal Airbnb-style holiday lets in Dublin city have returned to the full-time rental market since the start of the pandemic, according to new figures from Dublin City Council.

About 900 properties in the city had been under investigation by the council for suspected breaches of the legislation governing the use of homes for tourist or other short-term lets.

Since July of last year, owners of properties in rent pressure zones have to get planning permission to use their housing for short-term lets for more than three months a year.

However, while property owners can apply for permission, the council’s policy is to refuse it in order to prevent the loss of permanent rental accommodation in the city.

Due to travel restrictions associated with the pandemic, the number of complaints made to the council about short-term lets had dwindled, council planner Jonathan Fallon said. This enabled the unit to focus on the 900 identified properties.

“We wrote out to all the owners and all parties involved in those properties and we asked them what their intention was in the short, medium, and long term with regard to the use of the properties concerned,” Mr Fallon said.

“We got a huge response to those letters. A huge number of them, 60-70 per cent said they have reverted to long-term use.”

The owners of the properties were required to provide the council with tenancy agreements with their new residents, to confirm they are operating as traditional landlords.

“The copies of tenancy agreements we have got in show [the owners] seem to have gone for a three- or six-month period in the main to see where the market would go, but quite a lot of them have changed to 12-month leases as well,” Mr Fallon said.

The council has initiated court action in relation to four properties, where the owners failed to comply with enforcement notices ordering them to stop operating short-term lets. The owners face penalties of up to €5,000 or six months’ imprisonment, or both, if convicted.

The council’s head of housing, Brendan Kenny, said in July the council had secured a number of former Airbnb lets for homeless families.

Mr Fallon said the unit was continuing to investigate potentially illegal short-term rental use. “We are continuing to trawl the various websites and pick out places at random where we feel that letting may still be taking place in a number of inner-city locations and we are proactively going after those people as well.”