Report now likely to go to Government in September 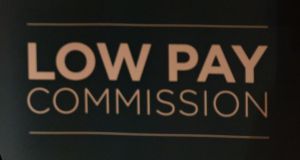 The Low Pay Commission had been scheduled to provide by Tuesday a recommendation to the Government on any increase to the national minimum wage. Photograph: Dara Mac Dónaill

The Low Pay Commission has deferred until September making a recommendation to the Government on any increase to the national minimum wage paid to some 120,000 workers.

It is understood that concerns were raised by employers about the affordability of any increase given the uncertainty brought about by the Covid-19 pandemic.

The commission had been scheduled to provide a recommendation to the Government by Tuesday. It last year recommended an increase of 30 cent to the minimum wage for adults, bringing the rate to €10.10 per hour.

The commission, established in 2015 to advise ministers on the issue, has an independent chairman appointed by the Government and involves trade unions, employers and campaign groups.

It generally makes its recommendation about the national minimum wage level to the cabinet in July, which is then considered by government before a decision is announced in the budget in October.

There was a political row last year after the then government proposed delaying the introduction of the increased national minimum wage – which generally comes into force in January – for a short period until there was greater clarity regarding Brexit and the ability of businesses to absorb an increase.

The minimum wage is different to the living wage, which is the amount campaigners argue is the level of earnings required to provide an acceptable standard of living.