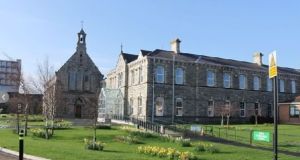 The High Court has appointed liquidators to St Mary’s Centre (Telford), a south Dublin nursing home, with the transfer of residents elsewhere underway, the care home has said.

In early June, the Merrion Road nursing home said it would be closing as it was unable to meet statutory and regulatory requirements, or fund the costs needed to meet them.

Last Friday directors of St Mary’s centre applied for a High Court order to enter voluntary liquidation and wind down the service.

The care home confirmed liquidators Baker Tilly had been appointed to oversee the closure of the service in a statement on Wednesday.

The spokeswoman for St Mary’s centre said it had been a “very difficult decision to make but in the interest of the health and safety of our residents and staff, liquidation remained our only course of action.

“This decision was reached by the board following a number of meetings concerning the funding of the nursing home and the disability centre - and the ability to acquire the necessary funding to ensure the highest standards of care and regulatory compliance for the health and safety of residents,” it said.

The nursing home has 35 female residents, whose families were recently informed it would close by the end of the year.

“The transfer of residents in the nursing home is underway and liquidators Baker Tilly will oversee the winding down of the company’s operation, across all its facilities,” the statement said.

The nursing home has been the subject of critical inspection reports from the healthcare watchdog, the Health Information and Quality Authority (Hiqa), in recent years.

Reports published in 2017 and 2019 both criticised the governance and management of the centre, and the lack of privacy in one of the home’s units.

St Mary’s centre was founded by the Sisters of Charity in 1868 as a school and home for visually impaired girls and women, but the religious order has said it has not been involved in managing the home since 1996.

The Health Service Executive (HSE) said it had been involved in discussions around the “financial and infrastructural challenges at St Mary’s” when the centre announced it would close.

“These discussions were ongoing with further meetings planned when the HSE became aware that the board of management of St Mary’s were intent on closing the nursing home element of the service,” a spokeswoman said.

The HSE had been “awaiting further information and engagement with the board of management to discuss the transition of those services which had been advised would be closing,” she said.

“Last Friday evening, 24th July, the HSE found out that the directors of St Mary’s had sought a High Court order for the voluntary liquidation of the service, including elements of which were yet to be discussed,” the spokeswoman said.

Staff and residents’ families are to hold a demonstration outside of the Convention Centre on Thursday afternoon, while the Dáil is sitting there.

Ann Ryan, a former staff member and spokeswoman for the Save St Mary’s group, said the planned closure of the nursing home was “appalling.”

St Mary’s centre was a “viable facility that could be easily taken over by the State”, and the group were appealing for the HSE to step in and run the service, she said.