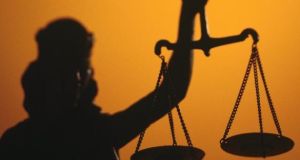 The West Cork Bar Association has sought to quash a decision by the Courts Service to close Skibbereen Courthouse.

The High Court reserved judgement in a judicial review being brought by the association over the decision to close the courthouse and transfer all business about 30km away to Clonakilty.

Counsel for the West Cork Bar, Maurice Collins SC said the Courts Service had failed to provide a justification for the proposed closure of Skibbereen Courthouse which has been serving the town and surrounding area since the 1820s.

“Skibbereen is a functioning court – this is not like what happened in Tipperary (Town) where the roof literally fell in and where there were health and safety issues and with the greatest of respect, it’s not like the closure of a Teagasc office – a courthouse is part of the fabric of justice,” he said.

Mr Collins argued that the Courts Service had failed to embark on a proper consultation process and pointed out that in October 2012, the Courts Service was proposing the closure of Skibbereen, Clonakilty and Kinsale courts and their transfer to Cork city.

However this was later revised to a proposal to transfer Skibbereen to Bantry, Clonakilty to Bandon and Kinsale to Cork city but this was also subsequently amended and saw Kinsale amalgamated with Bandon while it was proposed to close Skibbereen and transfer its business to Clonakilty.

“At no stage did the court services say we are no longer thinking of closing Skibbereen and moving it to Bantry but plan instead to transfer to Clonakilty. The West Cork Bar did not have an opportunity to make a submission on the decided scenario and we say that was a defect in the process.”

Mr Collins also argued that various documents from the Courts Service failed to give an exact and consistent figure for the savings from such a move with various figures, ranging from just around 1,000 to just under €16,000, being proferred as the savings achievable by such a move.

However the West Cork Bar believed when one factored in travel and subsistence costs for gardaí, court services and legal aid as well as the extra sittings in Clonakility, the actual saving of closing Skibbereen and transferring business to Clonakilty amounted to a net figure of just over € 8,000.

And he pointed out that the proposed closure of Skibbereen Courthouse, which is owned by Cork County Council, was opposed by solicitors, barristers, the State Solicitor for West Cork, Malachy Boohig, District Court Judge James McNulty and all the Circuit Court judges who sit there.

Responding for the Courts Service, Mark Sanfey SC said his client was not obliged by law to consult with the West Cork Bar and he furthered argued the decision to close, being an allocated decision (ie one which relates to the allocation of resources) was not subject to being judicially reviewed.

Mr Sanfey also argued that a thorough examination had been undertaken by the Courts Service’s Building Committee of courthouses across the entire country under a number of headings with a view to seeing which ones were to be closed down in a rationalisation programme.

These criteria included caseload, physical condition, ownership, the existence of alternative venues, disabled access, technology, the availability of prisoner cells and whether the courthouse was located in a county town and 23 courthouses, including Skibbereen, fell below the standard.

Mr Sanfey said Skibbereen’s case load was low with just 864 cases heard in 2011 and Clonakilty, with a permanent court staff, was better placed to serve the area, being 33kms from Skibbereen and the two towns were well served by a public bus service connection.

The Courts Service had examined the situation and found that if Skibbereen and Kinsale courts were closed, the maximum distance someone would have to travel was 57kms while the average would be 32 kms and such closure would result in inconvenience for only a small number of people.

“It’s not like going to a hospital - only small numbers ever go to court - people have recourse to court on an irregular basis and there is no evidence that anyone’s constitutional access to justice is being infringed (by this proposal),” he said.

Mr Justice Seamus Noonan, who was told the Courts Service took a decision in July 2013 to defer implementation of the proposed closure of Skibbereen, thanked both sides for their submissions and said he would reserve judgement in the case.