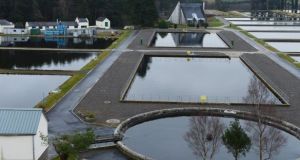 An Bord Pleanála has upheld a decision to grant planning permission for an upgrade of one of Dublin’s key water supplies, the Vartry reservoir near Roundwood in Co Wicklow.

Fishery interests who had opposed the development said on Wednesday they would consider the judgement before deciding on any further action.

The Vartry scheme, which includes two reservoirs and a four kilometre tunnel delivers 15 per cent of greater Dublin’s water supply, via 40 km of trunk mains which link to the Stillorgan reservoir in Co Dublin.

Irish Water secured planning permission from Wicklow County Council in November 2016 but the decision was appealed to An Bord Pleanála by a range of interests including Inland Fisheries Ireland, a river protection society, an angling club, local businesses including Mount Usher Gardens and retail chain Avoca, as well as several local residents through whose land the river passes.

At a hearing last June, Brian Beckett of Inland Fisheries Ireland said the river was an important salmon, sea trout and trout river. He argued that proposals to release five million litres of water into the river from the reservoir each day, was three million litres a day less than current levels.

He also argued that the application did not provide a detailed environmental impact statement which would allow a full environmental assessment of the development.

Attempts to contact Mr Beckett on Wednesday evening were not successful.

Jennifer Whitmore a member of Wicklow County Council who lodged an observation at the hearing, said a meeting was being arranged to consider the judgement in detail and consider if an appeal was feasible. She said she believed an environmental impact assessment should have been submitted and the decision may be flawed.

However Irish Water said it would “seek to continue to work closely with all interested parties to ensure the protection of the environment.” It said it would not abstract “any additional water from the Vartry Reservoirs or from the catchment of the River Vartry. The volume of water abstracted will be the same as it has been over the last 150 years, when the scheme was commissioned.”

The authority said the Vartry Water Supply Scheme was on the Environmental Protection Agency’s remedial action list because it was in in urgent need of improvement.

The authority said the current treatment plant had inadequate treatment against cryptosporidium and trihalomethanes (THMs).

Geoff O’Sullivan, programme delivery manger with Irish Water said “the upgrade of the 150-year old Vartry Water Supply Scheme is a priority project for Irish Water, given its importance to so many people in Wicklow and south Dublin.

“As part of the project, Irish Water have committed to a number of significant measures to protect the ecology of the River Vartry, particularly during drought periods. The project will restore the treatment plant and water supply to ensure it meets all drinking water regulations and safeguards public health.”