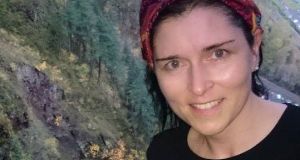 Irish Coast Guard management was criticised at a march in Kilkee at the weekend over the lack of a full water-based rescue service in the Co Clare seaside town.

The march involved some 45 people including former mayor Manuel di Lucia and was the second in a month beside Kilkee’s Irish Coast Guard station.

Mr di Lucia, founder of the original Kilkee Marine Rescue Service, said it was time for Minister for Transport Shane Ross to intervene in a situation which dated back to the takeover of the community service by the Irish Coast Guard in 2013.

The Irish Coast Guard Kilkee unit’s activities have been restricted on water since the death in September 2016 of Doolin Coast Guard volunteer Caitriona Lucas, who was assisting the Kilkee unit in the search for a missing man when its rigid inflatable boat (RIB) capsized.

Ms Lucas had been at sea with Kilkee Coast Guard volunteer Jenny Carway and coxswain James Lucey for more than 2½ hours when the capsize occurred while searching a cove to the east of Foohagh Point.

Sources close to the unit claim that the Irish Coast Guard was informed in March 2016 of a lack of qualified crew, a lack of training and a lack of information on standard operating procedures.

“There were inconsistencies in management, inadequate advice on use of some equipment, and no social element to the unit,” a source said.

“This did not cause Caitriona Lucas’s death, but it did not help,” a source said, adding there had been one critical incident debrief with volunteers in Kilkee after her death but “no follow-up”.

Sources said that equipment similar to that used on the day of the accident and over which there was now a question mark was still in place at the Kilkee station. They said that seven fully qualified coxwains had left the Kilkee unit in the last 18 months, and were critical of the Irish Coast Guard management response to this.

The Department of Transport said in response there was a hard copy and electronic version of the standard operating procedures available in all stations, including Kilkee.

The spokesman said it was “incorrect” to state management had not responded adequately to the situation regarding volunteers at the Kilkee unit.

The spokesman said the department was unable to comment on claims relating to equipment, as the incident is the subject of an independent inquiry by the Marine Casualty Investigation Board (MCIB) and by the Health and Safety Authority (HSA), both of which are “ongoing”.

A short interim MCIB report confirming this was published in September .

The Kilkee inshore rib was destroyed, and a replacement RIB and equipment valued at €100,000 was acquired for the unit. Last January, the Department of Transport said the replacement RIB would be “operational soon”, but Mr di Lucia says Kilkee has spent a year without a full rescue service at sea. A smaller “D-class” vessel has been used but can only cover a certain area.

A department spokesman said that training was “ongoing” in Kilkee, as in all Coast Guard units. “However, where we note the need for extra training requirements as was the case in Kilkee, due to the period of stand-down post-accident, it was provided and is still ongoing,”the spokesman said.

Mr di Lucia has acknowledged that the community had favoured the takeover of the 36-year-old rescue service by the Irish Coast Guard, as it was becoming difficult to raise funds. However, tensions arose when some existing volunteers, including the then chief coxswain, were told their services were not required.

In October 2013, the Irish Coast Guard got a letter from legal representatives for Kilkee Marine Rescue Service, claiming that certain agreed terms had been breached.

In November 2013, Mr di Lucia emailed then minister for transport Leo Varadkar to ask him to intervene . Mr Varadkar replied that, while he appreciated a changeover of this type might pose some “initial challenges”, he was “satisfied that arrangements are in place to address any concerns”.

Kilkee Boat and Fishing Club member Ray O’Halloran said he had great admiration for the volunteers, and the protests were not in any way critical of those still with the service. He said local anglers were afraid to launch boats due to lack of assistance if any difficulty arose at sea.