Insurance costs: Almost half of community groups ‘at risk of closure’ 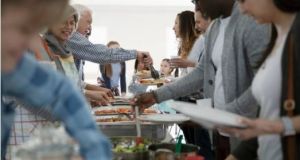 Eighty-three per cent of participants, which include groups such as community centres, scouting clubs and tidy towns organisations, reported that their insurance premiums increased over the past three years. File photograph: Getty

Almost half of community and volunteer groups say they are facing closure and have had to reduce the number of activities they are involved in as a result of rising insurance premiums, a survey has found.

Eighty-three per cent of participants, which include groups such as community centres, scouting clubs and tidy towns organisations, reported that their insurance premiums increased over the past three years. Most groups reported spending more than €1,500 annually on insurance.

Organisations within local authorities that engage with community and voluntary bodies, known as Public Participation Networks (PPNs), questioned 770 groups about the cost of insurance and how it was affecting the way in which they operated.

Some 47 per cent of respondents said they were at risk of closure due to continuously rising premiums or being denied cover, while 45 per cent said they had to reduce the number of activities they undertook as a result of the problem.

A majority of respondents said the increase in the cost of cover was 10 per cent or less, but a small number (nine) said their insurance bill had almost doubled in the past three years.

One organisation, which was not named, said it had to cancel film screenings and performances because the insurance premium for hosting these events was unaffordable. Another group stated that it was forced to keep the local graveyard closed due to insurance issues, while a piping band said it had to reduce the number of competitions it held each year.

Sarah Wetherald, of Sligo PPN, said the result of this survey confirmed what they were hearing from community and voluntary groups every day.

“The infrastructure of volunteering in Ireland is being threatened by spiralling insurance costs, unavailability of insurance cover and increasingly unreasonable exclusions and conditions,” she said.

“While SME’s typically close if they are hit with massive premium increases, community groups tend to wind down key activities and soldier on.This means much of the impact of this crisis has been hidden up to now because they are not closing. In this context it is shocking to see 47 per cent of survey respondents saying they may have to close up.”

Peter Boland, director of the Alliance for Insurance Reform, a group of civic, sporting and small business bodies campaigning for reduced insurance costs, called on the Government to act more quickly on the matter.

“If the Government is serious about protecting voluntary and community groups they must accelerate the process of establishing the Judicial Council and do everything in their control to facilitate the judiciary in addressing this crucial issue,” he said.

“Equally, we would urge the judiciary to proceed with the general damages review process as a matter of urgency and reflect the common good in using the guiding principles of recent court decisions to set damages for minor injuries at moderate, proportionate and common-sense levels,” he added.

The Judicial Council Bill, which was passed through the Houses of the Oireachtas before summer recess, will allow judges to recalculate damages and bring consistency to compensation awards.

A report by the Department of Justice last year showed that payouts for minor ankle injuries could be up to €54,700 in the State, more than four times the maximum in the UK.

The insurance industry has said that once the cost of claims comes down, then the cost of insurance will decrease. The Competition and Consumer Protection Commission is also due to carry out an investigation into public liability insurance costs.