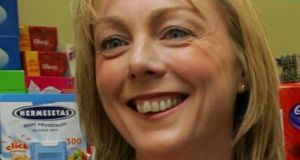 Regina Doherty: she said the new leave would be on top of existing entitlements

The decision to introduce extra paid parental leave later this year will be “extremely costly” for small businesses even if it is good that fathers are being encouraged to play a greater parenting role, Ibec has said.

Under the Parental Leave and Benefit Bill, due to begin to come into force from November, parents will be entitled to an extra two weeks’ paid leave at €245 per week during the first year of a child’s life.

The leave will be on top of existing entitlements including maternity and paternity leave, and will increase incrementally to a maximum of seven weeks’ leave by 2021, said Minister for Social Protection Regina Doherty.

While the €245 will be paid by the State, employers will have the option of offering top-up payment to their staff to ensure they do not lose out financially if they decide to take the leave.

The new payment, due to up to 60,000 working parents annually, will help to ensure that parents will have the opportunity to spend more time during “the formative first year of life”.

Ms Doherty said following on from the introduction of paternity benefit, the new benefit would help fathers to be more involved since the leave was non-transferable and would be lost entirely if not taken by the father.

“The challenge of achieving a balance between the demands of work and the demands of home life, including the benefits of early childhood interventions, are well recognised by Irish businesses.”

She said changes were necessary to improve the situation, but they must be done in sustainable ways that do not “undermine competitiveness at this crucial time in our economy”.

“While there are welcome aspects in the legislation, particularly the ambition to encourage more men to take up their share of caring responsibilities, it will undoubtedly be extremely costly for many small and medium size enterprises.

“Though the State will meet the €245 per week cost, businesses will face considerable extra costs through absent expertise, lost productivity, recruitment and training costs, and administration.

“The overall burden falling on businesses will be disproportionate, and will be heightened as the leave is increased to seven weeks by 2021.”

Welcoming the changes, however, Irish Congress of Trade Unions equality officer, David John, said more must be done for working parents’ children. “It represents real progress even if it could have gone further.”

Neil McDonald of the Irish Small and Medium-sized Enterprises organisation (Isme), said the move could be welcomed on a “philosophical level”, but it would hit small businesses hard.

“We have been very careful not to rubbish the idea, but what we are doing is pointing out that there are going to be problems for many small businesses,” he told The Irish Times.

He said companies could lose staff for up to seven weeks, while companies would also come under pressure to top up the €245 welfare payment, further adding to costs.

Larger companies and the civil service would be able to cope. “However, 60 per cent of our members employ less than 10 people. They will make it work because they will have to. Things will be more difficult for many.”

The director of the Small Firms Association, Sven Spollen-Behrens, said the changes “correctly identifies the need to improve family leave within the first year”.

However, small businesses were struggling to find qualified staff as it is, while many of them would find it difficult to cope with more bureaucracy and “more confusing laws”.

“Small firms do not have HR departments to deal with the complex administration of growing family leave, so they find it difficult to administer, replace staff and meet the costs of when someone goes on leave.”