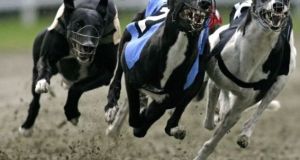 The greyhound board has promised to reform the industry which receives €16 million in State support every year.

The Irish Greyhound Board has withdrawn its sponsorship of the Rose of Tralee Festival because of online threats arising out of the recent RTÉ Investigates programme into the industry.

The IGB and the Kingdom Greyhound Stadium in Tralee have been sponsors of the festival for many years and a photocall with the Roses is usually staged on the weekend before the competition starts.

In a statement the IGB said “many festival ambassadors, including the Roses themselves, have been the subject of malicious online threats in recent weeks which the Rose of Tralee Festival and the IGB find totally unacceptable”.

The RTÉ Investigates programme revealed the practice of widespread illegal culling of greyhounds within the industry.

The greyhound board has promised to reform the industry which receives €16 million in State support every year.

The board said the decision to withdraw the sponsorship was taken “following much engagement and consultation with festival organisers”.

It added: “The IGB respects the right to protest but this must be done in a peaceful manner, including in online fora and on social media.

“The IGB and Kingdom Greyhound Stadium regret this decision and wish the Rose of Tralee and all associated with the event the very best of luck with this year’s festival.”

A spokesman for the Rose of Tralee festival said the decision was one taken by the IGB.

Covid-19: Church of Ireland urges parishes to offer buildings as vaccination centres 16:40
Man jailed for 10½ years for coercively controlling and attacking woman 16:38
Anorexic woman being tube fed at home due to Covid-19 hospital pressures 16:04
Man jailed for three years after ‘joke’ knife-point robbery 15:52
Parents of children with special needs: How are you coping? Have your say 15:43