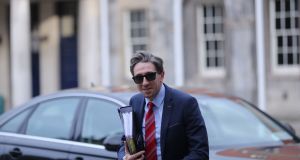 University teachers have said that certainty is required urgently on the re-opening process for higher education institutions.

The Irish Federation of University Teachers (Ifut) said an official guidance document issued last week said that the response to Covid-19 involved “a rapid move to emergency remote teaching and assessment of programmes, without impacting on the integrity of qualifications”

“It will not be possible to sustain such an ‘emergency’ mode approach for a full academic year”, Ifut said.

Speaking ahead of a meeting with the Minister for Higher Education Simon Harris on Wednesday Ifut general secretary Joan Donegan said with college reopening now less than two months away,” clarity on the ‘new normal’ of higher education must be provided without delay”.

However a spokeswoman for Mr Harris said he had met with representative organisations of the third level institutions last week and they had confirmed that they “would welcome first year students on campus from September 28th”.

The Minister’s spokeswoman said Mr Harris had last week published public health guidance for the reopening of college as well as a €168 million package to assist colleges with their reopening plans.

Ms Donegan said clarification was needed on whether there was a one metre or two metre rule for classroom attendance, guidance from the National Public health Emergency Team on how staff and students with health vulnerabilities, would be accommodated in any new arrangements as well as clear protocols for online class delivery, including student contact and mentoring, tutorial participation, etc.

Ms Donegan said the budget in October needed to reverse a decade of underfunding as a separate measure to the recent stimulus package, “which itself addressed only a portion of the loss in colleges’ income due to the impact of Covid-19”.