Give Me a Crash Course in . . . the New Hampshire primary

Hillary Clinton and Ted Cruz won in Iowa. Clinton will be lucky to beat Bernie Sanders this time. Cruz has another hill to climb against Donald Trump 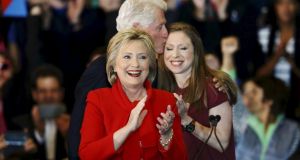 So what happened in Iowa on Monday?

After months of bluster, polls and speculation, the US presidential race kicked off with the midwestern state's famous caucuses, where Democrats and Republicans picked candidates they want to run for their parties in the November 8th election. After much tub-thumping from the property billionaire Donald Trump, he was beaten by the Texas senator Ted Cruz (below), whose God-loving, Washington-hating campaign appealed to conservatives and the Christian right, who make up most of the Republicans in Iowa. He showed Trump that celebrity bluster might generate headlines but don’t guarantee electoral success. Cruz ran a well-organised ground campaign, visiting many of the state’s 99 counties to meet voters face to face. The Donald, on the other hand, flew in on his jet, raged at big rallies, and then flew out again.

And what about the Democrats?

Hillary Clinton’s once-assumed ascent to become the Democratic nominee for the White House has been hurt by Bernie Sanders, the democratic-socialist underdog whose populist message to fix a “rigged” economic and political system has left many, particularly students, “feeling the Bern”. The curmudgeonly 74-year-old senator from Vermont was written off as a fringe candidate eight months ago. At his caucus party on Monday night he said that he had taken on “the most powerful political organisation in the United States of American” – the Clinton machine – and drawn it in a “virtual tie”. Clinton eventually claimed victory, but it was paper thin: just a fifth of a percentage point separated them. Sanders won the support of millennials by a huge margin, showing that another Clinton nomination is not a foregone conclusion.

What should we watch for in New Hampshire on Tuesday?

The Granite State hosts the second nominating contest with its “first in the nation” primary. Clinton travels to New England at a disadvantage, coming off an unconvincing win in Iowa and trailing Sanders locally by 20 points, based on an average of polls. New Hampshire has been good to the Clintons. Bill came second here in the 1992 Democratic primary; his team dubbed him the Comeback Kid as he salvaged a campaign engulfed in scandal. Hillary pulled out a big win in the state in 2008 after coming third in Iowa, behind Barack Obama and John Edwards. Sanders has a kind of home-state advantage, as he comes from neighbouring Vermont. New Hampshire voters like to pick New England candidates.

And which of the Republicans is likely to come out on top?

Trump is leading the polls by an average of 20 points. Reeling from the loss in the Iowa contest, Trump attacked Cruz this week accusing him of stealing that election. The Texas senator counterpunched, describing Trump as “rattled” after Iowa and painting him as a sore loser who is prone to throwing “Trumper-tantrums.” Farther down the Republican field the fight is just as vicious, as candidates compete to become the party establishment’s alternative to Trump and Cruz after Marco Rubio, the 44-year-old Florida senator, scored a surprisingly strong third place in Iowa, a point behind Trump. New Hampshire’s motto is Live Free or Die. For many, particularly the New Jersey governor, Chris Christie, the former Florida governor Jeb Bush and the Ohio governor John Kasich, the state primary means political life or death for their candidacies.

What would Trump and Sanders wins in New Hampshire mean?

Victory for the businessman could restore the momentum he had in the month leading up to Iowa. Although Sanders looks as if he has New Hampshire in the bag, Clinton has much stronger support in southern states that follow, particularly among Hispanics in Nevada and African-Americans in South Carolina, the two states to vote next, although Sanders is targeting minorities in both.

Home of The O’Rahilly should not have been demolished, Taoiseach says 15:48
Rise in cost of renting slows as impact of Covid-19 begins to hit 15:32
North’s pubs to close at 11pm from midnight on Wednesday 15:06
Irish, German and Italian contact-tracing apps to be linked in bid for ‘safer’ travel 14:54
Attacks against women rise during lockdown as other crimes plummet 14:32