6,358 missing person reports, including 4,627 for children, made so far this year 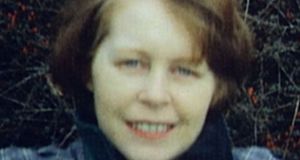 In 2018 updated technology helped identify the remains of Margaret Glennon (49) from Baldoyle, Dublin, who went missing in 1995.

Fifty-two people, including 18 children, who have gone missing across Ireland so far this year have not yet been found, figures released by An Garda Síochána show.

A total of 6,358 reports of missing people had been made by mid-September, including 4,627 reports of people under the age of 18 who had disappeared, according to Garda figures.

A total of 823 missing person cases remain open in Ireland, down from the 890 cases that were unresolved in December 2019. The longest-running case dates back to 1951.

Between 9,300 and 9,700 reports for missing persons have been made every year since 2017. Reports of children and teenagers disappearing tend to account for about three-quarters of these. While the vast majority of cases are resolved, a small number of incidents always remain unaccounted for.

Scientific breakthroughs in DNA tracking and the establishment of the National Missing Persons database in 2015, which is managed by Forensic Science Ireland, have played a vital role in solving a number of long-running missing person cases in recent years.

In 2018 updated technology helped identify the remains of two long-term missing people: Margaret Glennon (49) from Baldoyle, Dublin, who went missing in 1995; and James Gallagher (18) from Cabra, also Dublin, who disappeared in 1999.

Carmel Griffin of the Garda Missing Persons Bureau said missing person files were reviewed on a regular basis regardless of how much time has passed, and it encouraged families still searching for a loved one to consider renewing their appeals around the anniversary of their disappearance.

She urged families to give DNA samples, which can be uploaded to the missing persons database.

Social media has also become an important tool for disseminating information on a missing person as quickly as possible, she said.

“Cases aren’t closed because time has passed,” she said, adding that there had been a surge in the number of people getting in touch since the identification of Conor Whooley’s body last year.

Mr Whooley, who went missing in 1983, was identified after his family provided DNA samples, which were used to identify remains that had been buried in Wales. The discovery was part of the Garda’s Operation Runabay, which was set up more than three years ago to identify the bodies of people who may have entered the Irish Sea and could have ended up on the west coast of Britain.

Ten missing people had been identified using family DNA samples as part of Operation Runabay by the end of 2019.

“It’s important the public know that Operation Runabay is still going on and that families trying to locate missing people consider giving a DNA sample if they haven’t already done so,” Ms Griffin said.