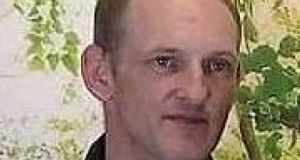 A man who died after the van he was driving collided with a tractor as he made his way to the beach on a family day out has been remembered as a kind father who had “a great sense of fun.”

Patrick McMahon (39) of Churchtown, and formerly of Douglas in Co Cork, died after the van he was driving collided with a tractor on the R522 at Ballincurrig on the Buttevant to Liscarroll Road on Monday afternoon.

He was buried on Friday at St Gobnait’s Cemetery in Mallow following 11.30am requiem mass at Christ the King Church, Turners Cross in the city.

His 14-year-old daughter Vanessa (Nessa) and her teenage boyfriend Thomas Crowley (17) were also injured in the incident.

The teenagers had to be airlifted to Cork University Hospital (CUH) by the Rescue Helicopter 112 and are continuing to be treated for their injuries.

It is understood that Patrick McMahon’s partner, Gillian McAllen, was travelling in a vehicle behind when the crash occurred.

“He had a great sense of fun. He loved card games and was very fond of charades. He had a gift of friendship. He had good friends.”

Emergency services including gardaí, ambulances, paramedics and the Rescue Helicopter 112 attended at the scene on Monday.

They freed the teenagers from the badly damaged van in a lengthy and difficult process. The Rescue Helicopter had to land at a GAA pitch near CUH as the hospital does not have a helipad.

The teenagers were then transported by ambulance to the hospital.

The driver of the tractor, a male in his twenties, was not injured in the incident. However, he was said to have been deeply shocked.

Witnesses to the crash are asked to contact gardaí in Mallow on 022 31450 or the Garda Confidential Line.