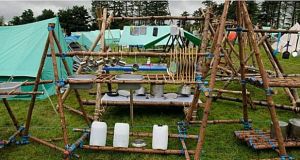 Several Dublin county commissioners have distributed a letter asking local troops to back a statement saying they were “completely upset and dissatisfied” with how Scouting Ireland has dealt with the controversy.

There is growing division in Scouting Ireland between the grassroots and senior management over the handling of the safeguarding controversy, which has resulted in the suspension of their State funding.

Several Dublin county commissioners have distributed a letter asking local troops to back a statement saying they were “completely upset and dissatisfied” with how Scouting Ireland has dealt with the controversy.

Brendan Doyle, commissioner for Mountpelier Scout County in south-west Dublin, said the membership were angry at the lack of information being provided.

“Volunteers have been left in positions telling parents and friends about what is happening, and not having all the information,” he said, adding members were only learning of details in the media.

In April, Minister for Children Katherine Zappone suspended all State funding, worth nearly €1 million a year, over Scouting Ireland’s mishandling of a rape allegation made in 2016.

There was considerable frustration that a barrister’s review into the actions of four senior volunteers who stepped aside over the controversy was not finished, despite initially being expected to be completed by late May, Mr Doyle said.

The commissioners’ statement, obtained by The Irish Times, criticised how Scouting Ireland “communicated and dealt with the current issues surrounding our organisation”. It called for clarity about what steps the organisation was taking “in plain English so as to allay growing fears and rumours”.

The Dublin scout province is made up of nine “counties”each representing several local troops, and each county has a commissioner.

Mr Doyle said he believed Scouting Ireland chief executive Dr John Lawlor should resign over how the organisation responded to the public controversy. “Accountability at the top” was needed.

There is still strong support for Mr McCann, who stepped aside a number of days after 623 delegates out of 773 voted to re-elect him as head of the organisation at their national council.

Garrett Flynn, former board member and chairman of 115th Ballinteer scout group, said there was a sense from a lot of members the volunteers who stepped aside “have been shafted.” There was sympathy for Mr McCann who many felt had been “caught in the crossfire” of the controversy, he said.

To address Ms Zappone’s concerns, Scouting Ireland committed to speed up a long planned reform of their governance structure, which included bringing in independent board directors.

The letter from Dublin commissioners called for a planned ballot on the reforms at a June egm to be postponed, until after the barrister inquiry was finished and had been circulated in full to the membership.

The youth organisation held a townhall meeting on Thursday in the Red Cow Moran hotel, to discuss the reforms. The organisation has funding to last until mid-June, then it will quickly run into financial difficulties.