From book to screen: ‘Atlas of the Irish Revolution’ to be made into a documentary 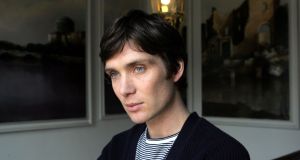 Actor Cillian Murphy is to narrate a three-part documentary version of Atlas of the Irish Revolution. Photograph: Cyril Byrne

The best selling and award winning Atlas of the Irish Revolution from Cork University Press is to be made into a TV series for broadcast next year with actor Cillian Murphy narrating.

Murphy, who played the part of a young freedom fighter in Ken Loach’s The Wind that Shakes the Barley, about the War of Independence and the Civil War, has been signed up by Ruan Magan, who will direct the documentary.

One of the editors of the Atlas of the Irish Revolution, Dr Donal Ó Drisceoil, said the three-part series will cover the period from the formation of the First Dáil in 1919 up until 1921 but will also include references to the Easter Rising and the subsequent Civil War.

“The focus will be very much on the War of Independence period and will include some never before broadcast archive footage as well as contributions from some 20 plus academics including many who contributed to the Atlas,” he said.

A member of the school of history at UCC, Dr Ó Drisceoil was a historical advisor to The Wind that Shakes the Barley. He is confident the TV documentary series will prove just as successful in generating a greater interest in Ireland’s revolutionary period.

“It’s hoped to have the first episode ready for broadcast early next year to mark the centenary of the sitting of the First Dáil - it will use mainly contributors to the Atlas but some others as well and it will also make good use of maps which will form the spine of it,” he added.

Meanwhile the Atlas, which won the Bord Gáis Energy Book of the Year 2017, is in its fourth reprint with sales in excess of 20,000.

Weighing in at a hefty 5kg and running to 1,000 pages, the Atlas chronicles the story of the Irish Revolution as it played out across all 32 counties.