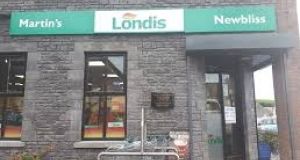 Fabiola Martin, who runs the busy forecourt and general store/delicatessen outlet in Newbliss, near Clones, insists that they will have to consider closing down if the bill, which is currently being appealed, stands

A Monaghan petrol and convenience shop has warned that it will close with the loss of 13 jobs unless a new rates bills demanded by Monaghan County Council is sharply cut.

Fabiola Martin, who runs the busy forecourt and general store/delicatessen outlet in Newbliss, near Clones, insists that they will have to consider closing down if the bill, which is currently being appealed, stands.

In a letter to Monaghan County Council, Martin has argued that a near-tripling of her rates bill is not justified, saying a €600 per week cost is “most certainly not” fair and maintainable

Reval 2019 has brought rate bills falls for nearly 60 per cent of businesses in Monaghan, she conceded, but the rest are suffering unfairly: “What makes my business different to a business offering virtually the exact same services?”

Like other filling stations, Martin questioned the calculation, though she thought that some of it was based on the square meterage of the station’s forecourt and shop.

“They looked for three years’ accounts from filling stations, but they didn’t look for that from anywhere else,” she said. Council officials were unable to explain the rules when she asked, she said.

Businesses offering some of the services she provides in Newsbliss “aren’t penalised or asked for accounts”, she said, adding that supermarkets often have parking areas larger than her forecourt.

“Why is it that filling stations seem to be scrutinised the most when the only significant difference between the services is the fuel, which itself has a minimal margin,” Ms Martin told the Northern Standard.

Urging council officials to visit the 300-strong Border village of Newbliss, Ms Martin declared “derelict houses line the streets, along with a closed filling station and a pub in a village that has one main street”.