Ex-pilot’s pension stopped after he is assumed dead - twice 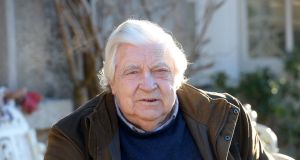 To wrongly assume someone has died once may be considered misfortunate, but to kill them off twice in error looks like carelessness. But that is exactly what happened to Mike Mahon recently.

The retired pilot had his State pension stopped for five months and subsequently removed from his bank account because civil servants wrongly assumed he had died. He said he was forced to ask if they thought he was calling from beyond the grave as he sought to resolve the situation.

Mr Mahon was 76 when he broke his hip last year and spent several months in hospital and a nursing home before returning to his Wicklow home in May.

He checked his bank account in September and was surprised to see his State pension had stopped after his release from the nursing home.

He contacted the Department of Social Protection and was told it had received a letter from the HSE saying he was no longer receiving care. Mr Mahon said the officials “assumed I had expired”.

He said it was only after “numerous phone calls and letters to prove my existence that they restored my pension and back-money”.

However, on a Saturday shortly before Christmas he checked his online bank account and was shocked to see that more than €7,300 had been withdrawn without explanation.

Weekend bank staff were unable to shed any light on the deduction and he spent 48 hours fearing that he had fallen victim to a scam. He found out when the bank opened for business that something even worse had apparently happened to him – he had “died” for the second time.

Mr Mahon was transferred to his bank’s bereavement section and told his State pension had been withdrawn from his account by the department, which meant that for a second time in three months he had to prove he “was indeed alive and well”.

“Eventually I was refunded the full amount owing to me,” he said.

The department told The Irish Times it was an “isolated incident” and it “sincerely apologised” for the upset caused. Steps have been taken to ensure that such an incident will not happen again, it said.