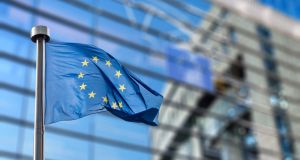 The deadline for applications to the post of Irish translator to the EU is St Patrick’s Day, 2020.

The European Commission is seeking to employ 50 translators based in Ireland and Brussels as it prepares for Irish to achieve full official working status the EU in 2022.

A new competition announced on Thursday aims to create a panel from which the Commission can employ translators to work in the Irish Language Unit of the European Commission’s Directorate General for Translation at offices in Brussels and in Co Meath.

Applicants must be EU citizens, with “a perfect knowledge” of Irish, a thorough knowledge of English and a university degree of at least three years in any discipline.

It is the first time that translators will have the opportunity to work from European Commission offices based in Ireland.

Irish became an official working language of the EU in January 2007 but not all documents were translated into Irish at that point due to a derogation.

The derogation expires in 2022 at which time Irish will become a full working language. All legislation enacted from that date will be translated into Irish as is already the case for the EU’s other 23 official languages.

Aislínn McCrory, Head of the European Commission’s Irish Language Unit said that the format of the competition demonstrates that the European Commission and other EU institutions are working to find creative solutions, making every effort to ensure that there will be sufficient translators in place when the derogation relating to the status of the Irish language in the European Union is due to expire at the end of 2021.’

The successful Irish-language translators will be employed on 4-year contracts at Grade AD 5 and will translate documents from English to Irish.

Staff based in Ireland will work from European Commission offices at Grange, Co Meath, and can expect to earn a salary of some €4,500 per month.

The deadline for applications is midday (Brussels time) 17 March 2020.

Detailed information on the required qualifications, the selection procedure and how to apply, is available on the epso.europa.eu website.