Having 10 or more sex partners linked to heightened cancer risk 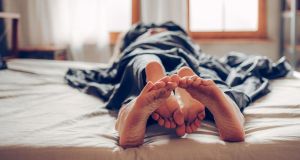 As an observational study, it cannot establish cause. Photograph: iStock

People who have had 10 or more sexual partners during their lifetime are at a heightened risk of being diagnosed with cancer, according to new research.

And women with a higher number of sexual partners have heightened odds of reporting a limiting long-term health condition, the study by English researchers found.

The study, published in BMJ Sexual & Reproductive Health, draws on information from almost 6,000 respondents to an English longitudinal study on ageing.

In both sexes, a higher number of sexual partners was associated with younger age, single status and being in the highest or lowest brackets of household wealth.

Those who reported a higher tally of sexual partners were also more likely to smoke, drink frequently and do more vigorous physical activity on a weekly basis.

Although the number of sexual partners was not associated with reported long-standing conditions among the men, it was among the women.

Women who reported 5-9 or 10-plus lifetime sexual partners were 64 per cent more likely to have a limiting chronic condition than those who said they had had 0-1.

As an observational study, it cannot establish cause. Nevertheless, the authors say their findings chime with those of previous studies implicating sexually transmitted infections in the development of several types of cancer and hepatitis.