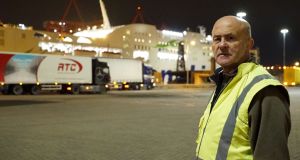 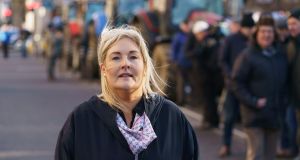 Dublin Port would face legal actions from shipping companies if it tried to force them to change ferry arrivals from Britain to ease post-Brexit container and lorry traffic, the port’s management has said.

Eamonn O’Reilly, chief executive of Dublin Port Company, told the Oireachtas transport committee during a hearing about the preparations for Brexit at the country’s port that the State’s biggest port cannot force shipping firms to stagger the arrival times of ferries from Holyhead.

Mr O’Reilly said the arrival of eight Irish Ferries and Stena Line ferries in pairs in four waves from the Welsh port will increase post-Brexit delays as a consequence of a massive increase on border checks that will be required on goods arriving from Britain after Brexit comes into effect on January 1st.

Both ferry operators have declined a request from the port to stagger their ferry times at three-hourly arrivals saying their customers demand the existing times for deliveries to customers.

Mr O’Reilly told the committee that in a worst case, congestion at Dublin Port could lead to in-bound lorries exiting the Dublin Port Tunnel southbound being “U-turned” back up to the tunnel onto the motorway network and held at parking sites “until congestion abates at the port.”

“If I attempted to change the slots of a ferry company, I have no doubt we would be up in the courts,” the port chief told Independent TD Verona Murphy during heated exchanges.

Mr O’Reilly and Ms Murphy, a former president of the Irish Road Haulage Association, clashed over the port’s preparations for Brexit checks and traffic, its engagement with ferry companies on Brexit and his failure to meet with haulage group since she met him in 2018.

In response to questions from committee chairman, Fine Gael TD Kieran O’Donnell, Mr O’Reilly said he did not believe a public service obligation from the Government was necessary to encourage ferry companies to change arrival times but the market would work it out.

The port’s chief described the challenge of changing ferry times, in existence since the 1980s, as “immensely commercially sensitive”. He said the port plans to encourage hauliers and cargo operators to suggest to the ferry operators that they change arrival times.

“We have been talking – commercially, confidentially – with the ferry companies trying to get them to change. They are very adamant in their view,” he said.

She said the port was “a publicly-owned piece of infrastructure” and that the economy of the country depended on for “free-flowing traffic for imports and exports”.

“I don’t believe that it is commercially sensitive,” she said.

Ms Murphy said she knew the port was “chaotic” now and would be after Brexit.

“It is not chaos; it is unbelievably busy,” Mr O’Reilly said.

He said there had been “huge engagement” between the port and the ferry companies but they were “adamant that the current times is what their customers want.”

“I am caught between a rock and a hard place,” he said.

Asked what help he wanted from Government on the issue, Mr O’Reilly said: “Moral suasion.”

Glenn Carr, general manager of Rosslare-Europort, said the south-eastern port’s new six times weekly direct route to Dunkirk in France could take about 40,000 trucks a year out of the estimated 150,000 to 170,000 that travel over the British landbridge if it is congested by Brexit.

Mr Carr said the Danish ferry operator DFDS has the capacity “to ramp that up.”