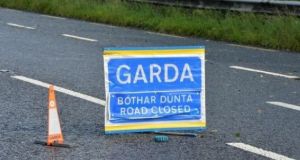 The incident occurred at 10pm on the R108 road near Dublin Airport.

A man in his 30s is in a critical condition in hospital after a single vehicle crash near Dublin Airport on Friday night.

The incident occurred at 10pm on the R108 road. The driver of the car was taken to Beaumont Hospital where his condition is currently described as critical.

Two male passengers, aged in their 20s and 30s, were also taken to the hospital with non-life threatening injuries.

The road was closed for a time for an examination by forensic collision investigators but has since reopened.