A charity founded by country and western singer Dolly Parton has launched a free book programme for young children in Tallaght in Dublin. 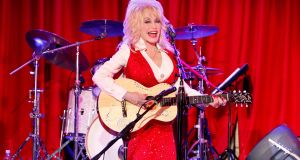 A charity founded by country and western singer Dolly Parton has launched a free book programme for young children in Tallaght in Dublin.

The programme was launched at the South Dublin County Council Library in Tallaght on Thursday and new books are now available free to all children aged up to five living in Dublin 24.

Once signed up each child will receive a free book to keep every month until they are five.

The books will be addressed to the child and posted directly to their home. It is available to all children in each household and siblings will get different age-appropriate books.

It is the first time the Imagination Library has been offered in Ireland and the pilot scheme is being coordinated by the Tallaght-based Childhood Development Initiative (CDI), with the support of An Post, the Dublin Rotary Club and Shamrock Rovers Football club.

Dolly Parton started the organisation in 1995, inspired by her own father’s inability to read and write.

Announcing the project, the legendary singer called on parents in Dublin 24 to take advantage of the opportunity to get their children reading.

“You can never get enough books into the hands of young children,” Parton said.

“I know there are children in Ireland with their own dreams – the dream of becoming a doctor, an inventor, or a teacher. Who knows, maybe a writer, or singer. The seeds of these dreams can often be found in books and the seeds planted in a community can grow across the world.”

The Tallaght-based prevention and early intervention organisation CDI is responsible for enrolling children and An Post has committed to free postage of the books in Dublin 24 for a year.

CDI chief executive Marian Quinn encouraged parents to register their child on the website at cdi.ie/imaginationlibrary

“I am really delighted that the Imagination Library is coming to Ireland. We aim to reach 3,200 children with 21,600 books in Dublin 24 in the first year alone. Our aim is to then scale up to other parts of the country,” she said.

CDI is covering the operational costs involved and if the project is successful it will seek to engage further partners and funders and expand it beyond Dublin 24.

The organisation also coordinates other programmes to improve family literacy and children’s outcomes, and it said it would integrate the book gifting scheme with these.

A working group comprised of library staff, public health nurses and health and education services has been established to promote the initiative.

Dolly Parton’s Imagination Library is already active in the United States, United Kingdom, Canada and Australia making Ireland the fifth country in which it is being delivered.

More than 1.3 million free books are mailed each month and 112 million books have been posted to children since it started.