Renowned writer and actor won numerous awards for his work 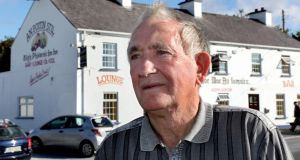 The death has taken place of the renowned writer, actor and activist Joe Steve Ó Neachtain.

Born in in Cré Dhubh, An Spidéal, in 1942, Mr Ó Neachtain was well known for the part he played as Peadar Ó Conghaile in TG4 soap Ros na Rún. He was an accomplished writer and playwright whose work includes novels, short stories, poetry and plays.

As an active participant in the Gaeltacht Civil Rights Movement, Mr Ó Neachtain helped lay the groundwork for the establishment of Údarás na Gaeltachta and Radió na Gaeltachta.

He was the recipient of numerous literary awards including the Jacob’s Award 1992 for the radio drama Baile an Droichid, Duais Sheán Uí Éigeartaigh and Gradam Chló Iar-Chonnachta in 1998.

President Michael D Higgins paid tribute to Mr Ó Neachtain. In a statement issued in Irish, the President described him as an versatile writer who was immersed in the life of his community in the Connemara Gaeltacht.

President Higgins added: “As a writer, the high standard of his work was recognised through the many awards presented to him for the beauty of his plays, novels, shortstories and poetry.”

He said Mr Ó Neachtain became a member of Aosdána due to the “mastery” he displayed in his work.

President Higgins said he recalled the times he spent in Joe Steve’s company over the years and added that he would always be thankful to him “for his good advice, support and for his friendship.”

Joe Steve Ó Neachtain is survived by his wife Máirín, his daughters Luisne and Aisling and his son Páid. Mr Ó Neachtain’s funeral will take place at midday on Wednesday at Séipéal Naomh Ainnín, An Cnoc, Indreabhán.