Death of Eimear Noonan in France was accidental, postmortem finds 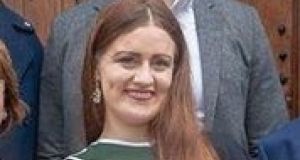 Eimear Noonan, from Co Clare, who died while running in France. Photograph: via Facebook. 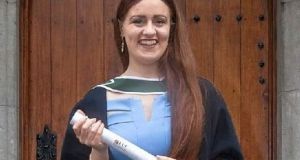 Eimear Noonan (21), a teacher from Co Clare, was reported missing by her family last week. Her body was found in a public park in Annonay, southeast France on Friday morning. Photograph: via Facebook.

A postmortem examination of the body of Eimear Noonan, the 21-year-old teacher from Co Clare whose body was found in France on November 10th, was completed late on Monday morning.

The local Dauphiné Libéré newspaper said the results “do not cast doubt on the principle of an accidental death, but complimentary analyses will be made.”

The report said Ms Noonan’s family would be asked to identify her body in the course of the day on Monday.

Ms Noonan had taught English at the Font Chevalier school in Annonay since September. Her body was discovered in a public park near the Deûme river, a tributary of the Rhône, in Annonay, southeast France, on Friday morning.

Her family and friends had mounted a search for her via social media since she went missing while jogging last Wednesday.

A message posted by Ms Noonan’s family on social media thanked “all those who have supported us in recent days” and said French authorities “have now confirmed to us the heartbreaking news that our beloved Eimear died following a fall while running on Wednesday.”

The message described Ms Noonan as “a warm, bubbly person who had already made a wide circle of friends there”.

An official at the prefecture of the Ardèche department said gendarmes believe Ms Noonan’s death was an accident.

“She slipped and fell next to a little stream. There wasn’t much water but she appears to have drowned because she was unconscious,” the official told The Irish Times.

Ms Noonan was teaching in Annonay, a town of 16,000 inhabitants which is 76km south of Lyon.

She was last seen on Wednesday afternoon. Her parents arrived in Annonay with the Irish Consul on Saturday.

The Department of Foreign Affairs is providing consular assistance to the family.

“French authorities have now confirmed to us the heartbreaking news that our beloved Eimear died following a fall while running on Wednesday,” he wrote.

“Eimear celebrated her 21st birthday in April and had been living in Annonay since September, where she worked as an English language teacher. Eimear was a warm, bubbly person who had already made a wide circle of friends there through her love of music and singing.

“She graduated last month from UCC with an honours degree in Irish and French, was a talented violinist and to our immense pride was head of UCC orchestra for her final year there.”

Mr Noonan said his sister would be greatly missed by all who knew her, especially her parents Flan and Mary, her brothers Declan, Michael and Cathal.

“We will be forever grateful for the outpouring of love and support we have received in recent days. We would like to thank the Irish and French authorities and the people of Annonay for the kindness and compassion they have shown us.

“We now appeal for privacy in this most difficult time as we bring Eimear home to her beloved Lough Graney and start the journey of grieving.”