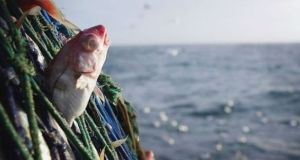 He told RTÉ’s News at One that his concern was to “navigate a line between an outcome that’s sustainable from a fisheries stock point of view, compatible with the scientific advice, but also taking into account provision in the Common Fisheries Policy that requires us to take into account the socio-economic impact on fishing communities as well.”

The challenge is to also face Brexit, the possibility of the UK leaving the EU and the balance between sustainable fishing practices and the landing obligation, he said.

“All of those make for a particularly challenging outcome that I’m really conscious about and in particular securing an outcome that is sustainable from the point of view of the fishing industry in those coastal communities.”

“They are the worst side, there are other species where there’s more positive news, what we’re trying to do is find a balanced outcome that takes account of the requirement to be compliant with the science, but also the requirement that obliges us to reach the destination of maximum sustainable yields, sustainable fishing without adversely impacting on those coastal communities.

“This is a challenge, it’s particularly challenging in some specific species and that’s acknowledged in the science.”

The Minister said the goal is to navigate a line between the science and the sustainability of coastal communities. “That’s not easy in the context of the science, it is a particularly challenging December council this year.”

He added that mackerel negotiations (20 per cent cut) have concluded. “They’re between the European Union and other coastal states not part of the EU or the Common Fisheries Policy. The science is particularly challenging. The initial recommendation was for cuts up to 60 per cent, there’s been a reduction in mackerel of 20 per cent, with a commitment to reviewing the science early in 2019 as well because there were some question marks around the scientific advice.

“If you take a 10 year cycle it is still substantially ahead of where we would on average have been for a number of years.”