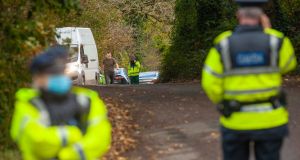 Gardaí are investigating suspicions that the farmer at the centre of last month’s murder-suicide on a Co Cork farm, which left three members of the same family dead, persuaded one of his sons to join a pact to kill his other son in a row with his wife over a will.

Detectives believe that both Tadg O’Sullivan (59) and his son Diarmuid (23) were involved in the killing of his other son, Mark (26), who was shot dead in his bedroom at the family home at Raheen, Kanturk, around 6.40am on October 26th.

However, they are now investigating whether Tadg may have hatched the plan to kill Mark and recruited Diarmuid to help him carry it out in the days prior to the shooting after a letter arrived at the home, addressed to his wife, Anne O’Sullivan (60), from a Dublin solicitor whose services she had engaged.

The contents of the letter, which set out the proposed division of assets, may have prompted Tadg to begin planning the sequence of events that ultimately led to the murder-suicide, gardaí believe.

Anne and Mark had come back to Castlemagner in mid-October following the former’s discharge from hospital in Dublin, where she had undergone surgery. But they had stayed with relatives rather than returning to the family home amid the growing tensions between the couple.

Gardaí are also examining the contents of a letter sent by a Cork solicitor to Anne on behalf of Tadg in which the latter indicated that, although they had their differences, he was confident they could resolve the dispute and that she and Mark should return home.

It is understood Anne received the letter on October 23rd and, interpreting it as her husband extending her an olive branch, returned with Mark to the family home at Raheen two days later, on the evening of Sunday, October 25th, a day before the crime began to unfold.

Gardaí have already begun taking a detailed statement from Anne, whom gardaí believe was spared by her husband and younger son so she could live with the torment after they killed Mark in a row over who would inherit the 115-acre farm, owned by Anne.

It’s understood that Tadg and Diarmuid told Anne in the yard of the family farm, as she tried to escape, that she could live with the consequences of what had happened to Mark and that they would be found in a field near a fairy fort after they took their own lives.

The bodies of both men were later found with single gunshot wounds to the head beside two legally held rifles in the field at about 1.40pm on October 26th, and gardaí are satisfied from preliminary postmortem results that each man shot himself in an apparent suicide pact.

Officers have spent several hours spread over a number of days taking a detailed statement from Anne O’Sullivan, who has not returned to the family home but is continuing to stay with relatives locally, as they seek to piece together the exact sequence of events leading to the gruesome events.

Gardaí hope to receive the results of ballistics and forensic tests on the two guns used in the killings within weeks for inclusion in a file to be sent to the Director of Public Prosecutions.

Gardaí will prepare a file for the DPP even though they are not looking for anyone else in relation to the deaths. Once the DPP is satisfied no charges can be brought, gardaí will then send the file to North Cork Coroner Dr Michael Kennedy for an inquest, which is unlikely to be heard before 2021.

Gardaí declared the family farmhouse, where the body of Mark was found, a crime scene, along with the field where the bodies of Tadg and Diarmuid were found. Search teams spent a number of days combing the farmhouse for any evidence that might assist them.

Writings by Tadg as well as a lengthy note found strapped to Diarmuid’s leg have led them to the view that the killings were prompted by a dispute Tadg had with his wife over the inheritance, which had been festering for months.

And they are investigating the theory that Diarmuid did not have any particular grievance with Mark but rather with his mother over plans to leave him only one field, known as the bog field, with Mark due to get the remainder of the farm, which is good-quality tillage land.

Gardaí have dismissed as incorrect some media reports that Mark and Diarmuid had exchanged solicitors’ letters but informed sources have confirmed that gardaí did find legal correspondence in the house between Tadg and his wife dating from February.

And gardaí are also studying a note written by Mark and found in his room, in which he set out concerns about what might happen to him and his mother amid fears that his father and younger brother were still highly aggrieved over the proposed division of assets.

Legal sources have pointed out that, irrespective of what Anne had set out in her will regarding the family farm, if Tadg had outlived her and contested her will, he would have been entitled to at least a third of the estate under the Succession Act.

Anne had not actually transferred ownership of the 115-acre farm into her own name; it was still listed on the Land Registry as belonging to her late father, Timothy Cronin.

Tadg owned a smaller holding of about 30 acres at Lohort in nearby Cecilstown.

Mark, who had worked as a care assistant at Teach Altra nursing home while at college, had graduated with a degree in law and business at University of Limerick in 2017 and had since completed a master’s degree at University College Cork. He was working with a firm in Limerick.

The involvement in the plot of Diarmuid, who had completed a degree in accounting in Cork Institute of Technology in June and was due to graduate in a virtual ceremony in early November, was described by people who knew him as difficult to comprehend.

“He was a quiet country boy but very hardworking,” said one acquaintance. “He used to work on Saturdays at Burton’s hardware store in Kanturk, and he had set up his own business selling and delivering firewood. He used to advertise it every week in the Corkman newspaper.”

Another acquaintance said it was “hard to reconcile what happened with the Diarmuid that I knew. There was no malice in him from what I could see, he was just getting on with life, so I find it very hard to get my head around him being the instigator of all this terrible tragedy.”