Cork-Limerick M20 Motorway expected to be open by 2027 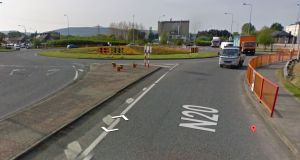 The long-awaited €850 million upgrade of the Cork-Limerick road to a motorway should be completed by 2027 after the design phase of the project was put out to tender, The Irish Times has learned.

The M20 was included in the recent 10-year Capital Development Plan, but the decision by Limerick City and County Council to publish a contract notice on eTenders and the Official Journal of the European Union is a significant move in speeding up the project, according to an informed source.

According to the source, the move will enable Transport Infrastructure Ireland (TII) to hire design consultants for the contract, valued at €8 million, to get through the planning process for the motorway, which will improve journey times and journey time reliability between Cork and Limerick.

“This decision to put the design phase out to contract means the project is real – we know it was included in the Capital Development Plan, but this means that preparatory work will actually start shortly so it is a significant development,” said the informed source.

The closing date for design consultants to tender for the project is May 24th and it’s expected the successful tender will be decided by September, paving the way for the start of the design which would involve route selection, land acquisition and obtaining of planning permission for the route.

According to the source, it could take up to four years to carry out this preparatory work, including clearing the planning process, which will involve an An Bord Pleanála oral hearing, and for a successful tender to be chosen to build the motorway – with the construction work expected to take another four years.

“The appointed consultants will assist Limerick City and County Council, through the Mid West National Road Design Office, to carry out the planning and design for the N/M20 Cork to Limerick Road Improvement Scheme up to and including the statutory procedures,” said the source.

It’s understood that Limerick City and County Council was chosen by TII to progress the project because the other local authority involved in the process, Cork County Council is currently busy with the Dunkettle Interchange, the N28 Cork Ringaskiddy Road and the Macroom Bypass.

TII, then the NRA, had previously estimated the cost of the motorway at €850 million before it was shelved in 2011 due to the economic downturn, but Taoiseach Leo Varadkar gave a commitment to the project earlier this year and it was included in the 10 Year Capital Development Plan.

Under the previous plan, a number of routes were examined and broadly the routes varied on whether they went east or west of Mallow, Buttevant and Charleville in Co Cork, with all options going west of Croom in Co Limerick before a route was submitted to An Bord Pleanála.

The selected route submitted for planning, east of Mallow and Buttevant but west of Charleville, would have required the compulsory purchase of 16 residences, 905 hectares affecting 235 farms and 247 other properties, with land acquisition accounting for €150 million of the €850 million cost.

The motorway along this route would have involved the construction of 44 new road bridges, eight major river bridges, a number of smaller water crossings and two railway crossings, as well as 64km of local roads including national, regional, local and private-access roads.