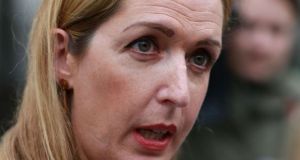 The CervicalCheck Tribunal which is to investigate negligence in the State’s cancer screening programme will begin its work on October 27th, the Cabinet has decided.

Minister for Health Stephen Donnelly brought a memo to the Cabinet meeting proposing next Tuesday as the start date.

The tribunal was established as an alternative to legal proceedings for women affected by diagnostic mistakes arising from misread screenings. It had originally been scheduled to begin its work last March, but was delayed over six months by the onset of the coronavirus outbreak.

The body will be chaired by Ms Justice Ann Power of the Courts of Appeal who will serve on the tribunal along with Judge Tony O’Connor from the High Court and retired judge Brian McGovern.

At present there are 203 active claims arising out of the CervicalCheck controversy. Another eight have been resolved.

Campaigners have expressed concerns about the possibility of the proceedings being adversarial in nature. In a radio interview last month, Mr Donnelly said that the tribunal was recommended in an exploratory and vetting process by another judge, Charles Meenan of the High Court, as the “best possible option”.

Mr Donnelly said if the labs challenged the women’s claims, they would have a right to defend themselves against those assertions.

But he said he hoped the experience of the three judges would allow them to see patterns to allow the process to be as facilitative as possible towards the impacted women.

The scandal came to light when Vicky Phelan settled a High Court action in 2018 over a misread smear test. Since then, Ms Phelan, from Limerick, has spearheaded a campaign to highlight the plight of hundreds of women who suffered adverse health effects or died as a result of mistakes in reading smear test results.

Separately, the Cabinet agreed to draft an Electoral Reform Bill which will allow the long-promised electoral commission and the modernisation of the register of electors. It will also change the law to facilitate the “holding of electoral events where Covid-19 restrictions are in place”.

Minister for Higher Education Simon Harris brought a Bill that will allow students from Northern Ireland to access the Erasmus programme of studying in another EU State, even after Brexit has occurred.

The Minister for Housing Darragh O’Brien also told the meeting that he will publish an internal departmental report on co-living soon, once he has reviewed it along with Minister for State Peter Burke.

Meanwhile, the Cabinet decided to oppose the private members’ Bill being brought this week by Sinn Féin against co-living policies being set by the Government.