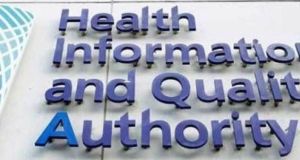 The latest reports on Camphill Communities, focussed on 10 residential centres, were published by Hiqa on Thursday.

A number of residents in Camphill residential care centres were asked to pay for their beds and headboards, while money belonging to others was misappropriated, according to a series of reports from the Health Information and Quality Authority (Hiqa),

The latest reports on Camphill Communities, focussed on 10 residential centres, were published by Hiqa on Thursday. They followed a previous instruction to Camphill to improve the safeguarding of residents and the safety and quality of care delivered.

The inspections, carried out between June and August, and subsequent reports have now led to a formal warning from Hiqa regarding seven of its centres.

Hiqa said it was concerned over “governance and management, protection, financial safeguarding, staffing and protection against infection”.

It concluded non-compliance with regulations was “having a significant impact on the safety and quality of care being delivered to the residents living in these centres”.

The Camphill Communities said a number of new procedures and policies were already being put in place to ensure compliance with national regulations. The Hiqa reports found:

* In Ballybay, Co Monaghan nine residents were found to be making additional contributions above and beyond the fees agreed in their the contracts of care.

* In The Bridge, at Kilcullen, Co Kildare an “urgent action” notice was issued to the care provider relating to infection control concerns after two previous outbreaks of infectious disease were recorded.

* In Callan, Co Kilkenny inspectors had concerns about safeguarding for residents, and in particular, the protection of residents from the risk of financial abuse. On reviewing residents’ contracts of care, it was noted that not all residents had valid contracts in place.

* In Carrick on Suir, Co Tipperary residents’ rooms were found to be in very poor condition on the day of inspection. Inspectors noted some residents being charged for services or amenities that were included in the service provided for other residents.

* In Duffcarrig, Co Wexford inspectors noted some residents paid up to €400 for items such as a new bed and new headboards, when these items are outlined as already included.

* In Grangemockler, Co Tipperary a Camphill serious incident review had determined “large sums of resident monies” had been “misappropriated” over a period of years. This matter was not concluded at the time of inspection and all residents had not yet been reimbursed.

* At Kyle, Co Kilkenny some residents “reportedly did not have full access to their own money at all times and some had no bank card or any sight of their accounts”.

* At Ballymoney, Co Wexford inspectors reviewed financial records for a number of residents and observed incidents where staff had recorded residents spending on pieces of paper and post-it notes. A spot check was completed on the day of inspection between total amounts recorded that should be present and amounts actually present “and none of those reviewed correlated”.

Defending the criticisms, Camphill Communities of Ireland said a number of new procedures in relation to finances and policies to bring centres into compliance were already being put in place. It said revised contracts of care were in place in a number of centres since September and a revised residents’ finance policy has been drafted. This new finance system would provide a more robust money management assessment, daily and monthly reconciliation and sign off. Records will be maintained on an electronic system, the Camphill Community has told Hiqa.

Camphill Communities of Ireland has said it will now submit a comprehensive six-month national governance plan to address the issues identified in services and to improve the quality of service being provided to residents.