Cannabis growhouse found at house where man died in explosion 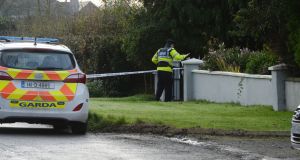 Gardaí at the scene of a fatal explosion at a house at The Cottages on the Termonfeckin Road at Beaulieu, Co Louth. Photograph: Alan Betson 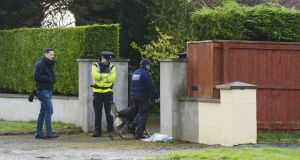 Gardaí at the scene of a fatal explosion at a house at The Cottages on the Termonfeckin Road at Beaulieu, Co Louth. Photograph: Alan Betson

Gardaí have discovered a cannabis growhouse at house near Drogheda, Co Louth where a man (28) died in an explosion.

Two other people, a man in his 50s and a woman in her 20s, are being treated for burns after the incident at a house at The Cottages on the Termonfeckin Road at Beaulieu.

Their injuries are described as serious but not life-threatening.

The man was pronounced dead at the scene while the two injured people were taken to Our Lady of Lourdes Hospital, Drogheda.

The body of the dead man was removed to the hospital for a postmortem examination.

Gardaí confirmed that an elaborate cannabis cultivation operation was discovered in a search of the rear of the property.

Some 200 plants at different stages of maturity, with an estimated street value of €150,000, were found.

Garda Superintendent Andy Watters also confirmed the injured woman was married to the man who was killed. All three people who were in the house are Lithuanian.

The cause of the explosion in a boiler in the sitting room is under investigation.

Locals said the bungalow has been rented for a number of years. A window at the gable end of the house was blown out but there were no other outward signs of an explosion.

The scene remains sealed off.