Social housing at a standstill: ‘You have to wonder is this policy’

Less than 1% of needed social housing has been built since start of 2016, says analyst 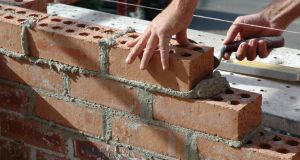 “The private sector is only building for the top 20 per cent of the market.” Photograph: iStock

There has been “consistent” underperformance by all local authorities in building social housing, according to new figures obtained by The Irish Times.

Less than 1 per cent of the social housing needed across the State has been built by local authorities or approved housing bodies since the start of last year, according to the data, compiled by housing policy analyst and architect Mel Reynolds.

While there were 120,598 households on the national housing waiting list at the end of September, just 1,093 social housing dwellings have been built since January 2016 – 0.9 per cent of what is needed. Of these 638 were built last year and 455 in the first six months of 2017. Approved housing bodies built 634 and local authorities 459.

Across Dublin’s four local authorities, where there are 40,207 households on the list, just 478 units have been completed – 1.2 per cent of what is needed – since the start of last year. The majority, 324, were built by housing bodies.

In the first six months of this year no social housing was built directly by three of the capital’s authorities, with a combined list of 33,180 households. Just Fingal, which has a waiting list of 7,027, built, a total of just 10 units.

Mr Reynolds said he analysed the data to “cut through the noise coming from the Department of Housing”.

He drew on data from the department, including the most recent “social housing assessments” list, which states there were 91,600 households on the list in 2016. The most recent Housing Assistance Payment transfer list, compiled in September, shows 28,998 households waiting for social housing.

The social housing completions lists, also provided by the department, show the best performing local authority was Wexford, where 67 social dwellings were built – 49 in 2016 and 18 in the first six months of this year – or 2.2 per cent of the 3,050 households on the housing list.

Outside Dublin, dwellings for 0.93 per cent of the 5,347 households on the list in Limerick city and county were built since January 2016. Of these 50 homes, eight were built by approved housing bodies and 42 by local authorities.

“These figures are very poor,” said Mr Reynolds. “You really have to wonder is this policy. Take Kildare, which is a wealthy county, full of commuter towns to Dublin and it has almost 7,000 households on the list. The council has not built one unit since January 2016.

“This is not just one or two councils underperforming in the last few months. This is consistent, across the board, widespread and long-term. There is almost nothing happening in social housing. It seems we are in a mad situation where the strategy is not to build local authority housing at all across the country.”

Speculating as to whether there was an unspoken policy to “hope the private sector will sort it all out”, he said Dublin was “particularly severely affected”.

“The private sector is only building for the top 20 per cent of the market. Dublin is now unaffordable for the majority, to buy or rent.”