Call for legislation to prevent evictions by vulture funds 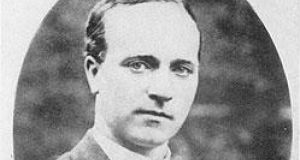 Tomás Mac Curtain, who was later murdered by members of the RIC in 1920, was the Brigade Commander of the Irish Volunteers in Cork city and county in 1916.

Cllr O’Leary told a commemoration in Cork in honour of Tomás Mac Curtain that he was saddened to see families being evicted from their homes in Cork at the weekend by vulture capital funds much as had happened in the 19th century when absentee landlords evicted families from their homes.

“If Tomás MacCurtain was alive today, he would not be found wanting in standing beside those being evicted - I think of all our patriot dead and those who fought to bring a fair just and equal Ireland and I ponder what they would have done today,” he said.

“We have a situation now in Ireland that is unacceptable with evictions taking place and we should not allow people to be evicted from their homes because they can’t reach the going price of the speculators at this particular time,” said Cllr O’Leary.

“I now call on the all those new TDs and those who are pondering whether they are going to go into government not to show leadership and bring about emergency legislation to protect the rights of those in the private rented market and prevent them from being made homeless.”

Cllr O’Leary was speaking at a ceremony to mark Mac Curtain’s involvement in the events of Easter Week 1916.

Around 500 people, including the Newmarket Pipe Band and the Amarillo Firefighters Pipe Band from Texas, participated in a parade.

“The circumstances of my grandfather’s death his brutal murder meant that his is remembered sometimes for dying for Ireland but there is another side to him and today we remember that side that lived for Ireland, his love of music, love of the Irish language and his love of poetry.”