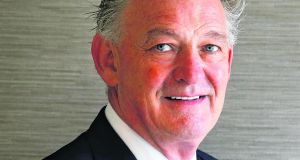 At one stage in the Late Late Show interview, Mr Casey asked Ryan Tubridy if he had lost control of the audience, which included members of the Travelling community. Photograph: Nick Bradshaw

Three complaints that RTÉ’s Late Late Show presenter Ryan Tubridy was not objective when interviewing presidential candidate Peter Casey have been rejected by the Broadcasting Authority of Ireland (BAI).

Maurice O’Neill, Anthony Dennehy and Vincent Corcoran all complained that Tubridy showed bias against Mr Casey during an interview after his strong showing in last autumn’s presidential election, in which he finished second.

At one stage in the interview, Mr Casey asked the presenter if he had lost control of the audience, which included members of the Travelling community.

Tubridy replied: “I have absolutely not Peter and I’ll tell you something, if I do, you’ll know all about it.”

Both Mr O’Neill and Mr Dennehy said the response suggested bias on the part of the presenter against Mr Casey.

Mr Corcoran stated the presenter had allowed the audience to heckle Mr Casey in a way that “bordered on the abusive”.

The three argued Tubridy’s actions had breached the Broadcasting Act’s Section 48(1) which demands fairness, objectivity and impartiality in current affairs.

In response, RTÉ maintained Mr Casey had been well-briefed in advance about the format of the programme and that he was aware that the members of the Travelling community would be in the audience.

RTÉ added that “in the interest of fairness”, it was appropriate that members of the Travelling community were given the right to respond to comments made by Mr Casey during the presidential election.

The broadcaster also stated that the presenter was within his rights to act as “devil’s advocate” during the interview.

The BAI’s compliance committee upheld by a majority that the presenter was entitled to be “robust in his questioning”.

The committee added: “A robust or rigorous interview does not necessarily constitute unfairness. The committee did not deem that the interview was conduced in a manner which contravened the requirements for fairness, objectivity or impartiality”.

The BAI also held that RTÉ had given Mr Casey sufficient notice about the format of the programme and the audience participation element of it.

The interview took place on November 2nd 2018. Mr Casey was furious about the format and complained it had been “insulting and unprofessional”.

RTÉ received more than 400 complaints about the programme.

Mr Casey went from 1 per cent in the polls to a final result of 23 per cent after he criticised Travellers in an independent.ie podcast. He said he did not recognise them as an ethnic minority and that they were “basically people camping on someone else’s land”.

He also stated that they did not pay their fair share of taxes in society and he highlighted a housing estate in Tipperary which had been allocated to Travellers and was lying empty.