Documents given to members during dramatic six-hour committee hearing 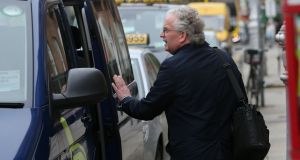 Memos provided to the departing head of the HSE on the background to the cervical screening audits are “devastating” and show that a strategy of containment and suppression of information was at play, members of the Dáil Public Accounts Committee have maintained.

Members of the committee were shown three briefing documents during the course of a dramatic six-hour hearing into the cervical cancer screening controversy on Thursday.

Departing HSE chief Tony O’Brien revealed under questioning from Independent TD Catherine Connolly that he had received a briefing in March or April 2016 regarding audits of smear tests from women who had availed of the cervical screening programme and who had subsequently developed cervical cancer.

He said he had become aware from the briefing note that such audits had been completed.

He said he had been informed that “a communication process was about to ensue by which the results of this audit would be communicated to patients”.

He said the briefing note was provided to him by the national director for health and wellbeing in the HSE, Stephanie O’Keeffe.

Mr O’Brien said the briefing document had set out a very clear communication plan and that he had not been made aware subsequently that anything had gone wrong with the implementation of this plan.

“What were to be communicated were the individual results of audits against notified cancers in persons who had previously availed of the screening programme,” he said.

Mr O’Brien said he was not given details on the numbers of women to be told of the results of their audits.

“I was advised that the audit had not thrown up significant issues of concern about the quality assurance of the programme and there was to be a carefully planned process of communications.”

Mr O’Brien suggested that the briefing material may have been shared with the Department of Health. He said he would provide a copy of the briefing note he received to the committee.

Several hours later, committee members were given copies of three memos which had been given to Mr O’Brien between March and July 2016.

After reading the briefing notes, the acting chairman of the Public Accounts Committee Alan Kelly (Labour) said the documents were “devastating” and “quite damning” because of the tone and manner in which they were written.

‘Protect ourselves at all costs’

Marc MacSharry of Fianna Fáil said the memos displayed a strategy of “containment, bury, suppress and protect ourselves at all cost”.

He said the contents of the memos were a disgrace. He again called on Mr O’Brien to resign.

“Quite frankly it is an indictment of the Minister for Health, the Taoiseach and the secretary-general of the Department of Health, and the director-general. It is a disgrace. We need action from so called leaders, when all they are are commentators.”

The secretary-general of the Department of Health, Jim Breslin, said a search was under way for documentation it may have received.

The department’s chief medical officer Dr Tony Holohan said he could not say whether he had seen the memos. However, he said they contained language he would not have used.