Baby names: Most popular names for Irish newborns in 2018 revealed 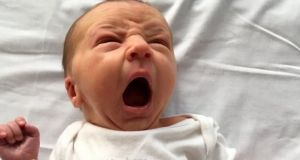 Again? Jack and Emily most popular names in 2018

Jack and Emily were the most popular baby names registered last year, according to the Central Statistics Office (CSO).

Jack has retained the top spot as the most popular baby boy’s name, a position it has held since 2007, except for 2016 when James claimed the top spot.

Jack was followed by James, Noah, Conor and Daniel as the five most popular names for boys in 2018.

The latest publication by the CSO is the first time it has recognised the síneadh fada.

The CSO’s Baby Names of Ireland lets you track how many babies were registered under any given name in Ireland between the years 1964 and 2017. The CSO said the app will be updated in the coming weeks to include the names registered in 2018.

The CSO has also provided a breakdown of the most popular baby names by county for 2018. Noah was the most popular boy’s name in Sligo and Cork city last year while Jack claimed the top spot in Dublin city, Dún Laoaghaire-Rathdown, Fingal and south Dublin.

Adam and John were the most popular names for boys in Leitrim while Daniel proved the favourite in Limerick city.

Carol Anne Hennessy, CSO statistician said: “Back in 1968, John, Patrick, Michael, James and David were the names most favoured by parents of new born baby boys. While there were 2,863 baby boys named John 50 years ago, the five most popular boys’ names in 2018 together accounted for 2,691 baby boys.

“Interestingly, not one of the top five names for girls appeared in the top 100 names a half century earlier. Mary, Catherine, Margaret, Ann and Anne were the most popular names for baby daughters in 1968, with 2,364 baby girls named Mary in that year.