As Isis territory shrinks it will rely more on internet

Jihadists routed on Twitter but pressure needed to keep them offline 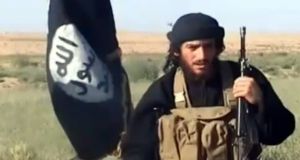 No organisation continues to commit the time, people, and money that the so-called Islamic State has put into its online media campaign over the last few years without evidence that it is getting a return on its investment.

Fears about Isis and its supporters are based, not insignificantly, on its ability to exploit the internet, by spreading its extremist ideology and by being potentially able to persuade individuals to engage directly in terrorist acts.

Relatively few Isis terrorists, however, have been radicalised solely by online means. Nevertheless, in our hyper-connected world the internet is implicated in almost all contemporary terrorism, whether, for example, as a radicalisation tool or for planning attacks.

In the wake of the London attacks, British prime minister Theresa May issued a warning to those companies, saying that they continue to provide extremist ideology the “safe space it needs to breed”.

So what’s to be done? In fact, quite a lot has changed since Islamic State’s social media heyday in 2014 and 2015, when its ability to produce and easily circulate high-quality, if often horrifically violent, content was at its height.

Since then, United States-led forces have targeted Isis social media “experts” and strategists, such as the drone killing in August 2016 of Isis second-in-command, Syrian-born Abu Muhammad al-Adnani and, a month later, its “minister of information” Wa’il al-Fayad.

Even if Twitter and other social media companies continue to be criticised for their failures to stop the propagation of the Isis message online, the reality is that much has changed over the last three years.

Between September and December 2014 it was estimated that there were 46,000 to 90,000 pro-Isis active Twitter accounts, but we could find fewer than a thousand pro-Isis Twitter accounts with at least one follower between February and April this year.

Explicitly pro-Isis accounts, such as those using an image of a prominent Isis figure (eg the so-called caliph al-Baghdadi) for their profile picture or bearing similarities to previously suspended accounts, can today be exceedingly short-lived.

Often they last for only hours. Sometimes, they last only minutes. The result has been dramatic. In 2014, the median number of followers enjoyed by pro-Isis accounts was 177. Today, it is 14, a fall 92 per cent. Isis’s previously strong and vibrant Twitter community is now, therefore, virtually non-existent.

The routing of Isis from Twitter does not, of course, equal its disappearance from the internet. Many former Twitter account holders have relocated to the Telegram messaging app.

Established in 2013, Telegram was initially similar to WhatsApp, but the introduction of its “channels” feature in September 2015 has rendered it into a more obscure version of Twitter, but one that can operate effectively in the shadows, particularly given its encryption capacities and self-destructing secret chats function.

Official Isis Telegram channels are subject to some disruption, but generally they reappear. There are, however, numerous semi-official and Isis “fan” channels in a range of languages which are currently active on the service.

So whilst Isis’s reach via Telegram is less than via Twitter, the echo chamber effect may be greater as Telegram channel “owners” have much greater control over who joins their channels than was available on Twitter.

Meanwhile, Islamic State’s content is also available on a range of content-upload sites. Its online magazines, in particular, continue to be widely available and to receive considerable publicity in the western press.

While some dispute Isis’s online influence, there does appear to be a link between the types of attacks advocated by the online magazines and subsequent acts by Isis-related attackers.

The recent rash of knife and vehicle attacks, encouraged and celebrated by Isis magazines, may simply be copycats of other similar attacks, which points to the complex interplay of online and “real world” influences.

Some commentators believe that the internet is going to have an increased role for Isis in the immediate future in the face of loss of “real world” territory and have thus predicted a retreat to online spaces.

Meanwhile, calls to ban encryption will grab headlines, but threaten to break the internet if they were followed. Instead, the creators of the newest revolutionary social media apps need to be reached out to to ensure that these do not inadvertently become Isis’s next online hub. Prof Maura Conway lectures in the school of law and government, DCU, and is co-ordinator of VOX-Pol, an EU-funded project on violent online political extremism