A tribute to ‘peasant poet’ Francis Ledwidge, by Lord Dunsany 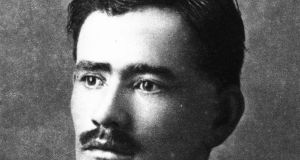 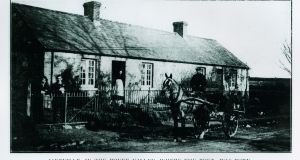 Janeville, the Boyne Vallye cottage where Francis Ledwidge was born.

On August 8th, 1917, The Irish Times reported – under the heading “Meath peasant poet killed in action” – that “we have to record, with a very deep regret which will be shared by all lovers of poetry in Ireland, the death in action of Francis Ledwidge, the peasant poet of Meath”.

Under the short article, The Irish Times printed this tribute to his memory from Lord Dunsany, “who first introduced his work to the public”.

If mere words may be an offering to the dead, I offer these in place of wreaths or flowers to the memory of Francis Ledwidge.

On July 31st, this rare poet, a lance corporal with the Inniskilling Fusiliers, was killed in action by a shell.

He was born in 1891 (actually it was August, 1887) in a peasant’s cottage in Slane, lived nearly all his life there and has crystallised his love for it in many verses that will far outlive the length of his own brief years.

In 1912 he first brought me some of his poems which astonished me by their freshness and their beauty, as they do to this day.

Nobody seems to have cared for them among the few that had seen them around his native village or, perhaps, they only read them to laugh at the faults which were to be found in those days; and so my admiration for his genius seems to have been the first encouragement that he had.

How this can have been, it is hard to understand for here are lines that show not promise merely, but the actual presence of genius, full grown with its wings spread written when he was only 16.

Half of him passion, half conceit

The blackbird calls adown the street

Has anything finer been said of the blackbird in all of English literature?

From that time he began seriously to write poetry or happily rather, merrily and easily and soon his first book was finished, ‘Songs of the Fields’. It was as though he had discovered some golden box out of which, whenever he wished, he took a poem from the works of some unknown master that filled the box, for he brought me poems quicker than you would think he could write them, and finer than you would dream a peasant could make.

He nearly always wrote of the fields and lanes of his own beloved home, and even when in Serbia or Salonika, Gallipoli, Egypt, France or Belgium, up to the end some happy inspiration guided homeward his dreams, so that even in those far lands, even at war, he wrote of his wild birds and wild roses, and equally wayward loves, as truly as when leaning out at evening to watch the chaffinches from the window he loved.

Roses will bloom in lanes in Meath for thousands of years to come and blackbirds will charm other hearts and the Boyne still sweep to the sea, and others may love these things as Ledwidge loved them, but they were all so much pictured upon his heart and he sang so gladly of them, that something is lost which those fields would have given up and may never give again.

The enemy that laid the gun that killed Ledwidge, if it were not aimed by Fate before the beginning of things, did more for Kaiserism, the antithesis of all things beautiful , than any shell they fired at Rheims Cathedral.

All through the war he wrote whenever he had leisure : some of these poems are collected in his book ‘Songs of Peace’ as many more are yet in manuscript.

All his poems he used to bring or send me, and the best of them all I received the day he died : it tells how his dead love came to him out of “”fairy places”, so that he knew his end was come.

On the edge of life I seemed to hover,

For I knew my love had come at last;

That my joy was past and my gladness over

It is dated Belgium, July, 1917. I never wished to handicap him by exaggerated praise, but now that no mistake of mine can hurt him, if mistake it be.

I give my opinion that, if Ledwidge had lived, this lover of all seasons in which the blackbird sings, would have surpassed even Burns, and Ireland would have lawfully claimed, as she may do even yet ,the greatest of peasant singers.

This article was first published in The Irish Times on August 8th, 1917.