Women die due to wait for gynaecological check, says GP 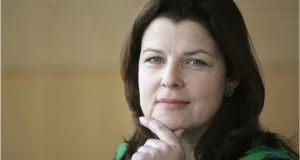 Dr Mary Favier, a GP from Cork: “There are people dying on the gynae waiting list because of the delay.” Photograph: Dara Mac Dónaill

Women with serious gynaecological problems are dying as a result of having to wait up to two years for an appointment at one of the country’s busiest hospitals, a GP has claimed.

Dr Mary Favier, who works in general practice on Cork’s northside, said her patients seeking an appointment at Cork University Maternity Hospital can wait for up to two years unless they are suspected of having cancer.

“Of course, the difficulty is that you can’t say for certain that somebody has a gynae cancer – there are some symptoms that are suggestive of it so if somebody bleeds after the menopause, they get seen quite quickly, within three months, because there is a high risk of gynae cancer.

“But it’s the in-between ones who may have a gynae cancer but are not showing any signs and need investigation; they are the ones at risk. So I would say, yes, definitely, without a doubt there are people dying on the gynae waiting list because of the delay.”

Last week, Minister for Health Simon Harris singled out the waiting times for gynaecological procedures at CUMH as unacceptable, saying he didn’t believe it was a matter of funding but rather a question of how existing resources are managed.

According to figures supplied by consultant obstetricians and gynaecologists to Mr Harris when he visited CUMH on January 12th, some 40 per cent of the 4,193 patients – or 1,700 women – on the gynaecological outpatient list were waiting more than 12 months for an appointment.

Dr Favier said she refers about 25 women a year from her practice on Commons Road to CUMH and they can wait for up to two years unless she suspects they have a gynae cancer.

“I have one patient with a prolapse and her uterus is literally down between her legs and I can’t get her seen any faster. She’s been waiting a year and a half. It’s dreadful for the poor woman,” she said.

Dr Favier said many Eastern European women who come to see her are so shocked at the waiting times they could face in CUMH that they return home so they can get a much faster appointment.

“In other countries, the waiting time for a referral appointment is around six weeks – in the UK, for example, they would have a two weeks query cancer list and a six-week routine referral list but the gynae waiting list in Cork is notoriously bad.”

The hospital’s chief executive Tony McNamara said a recent validation of waiting lists at CUMH found there were around 850 fewer people on the waiting list than the 4,200 figure presented to Mr Harris by consultants during his visit on January 12th.

Mr McNamara said that during his visit Mr Harris had asked HSE management at the South/South West Hospital Group – of which CUMH is a member – to draw up a plan within six week that would target the long waiting times for gynaecological appointments.

“The South/South West Group are putting together a plan to tackle the waiting lists and they are taking account of gynae resources available at the South Infirmary, South Tipperary, Kerry and Waterford as well as CUMH. They are due to report back within six weeks of the Minister’s visit.”