Psychiatrist was long-time critic of accommodation facilities for patients 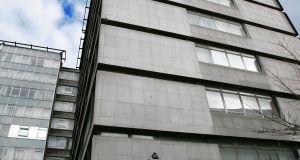 Dr Walsh worked as a as a psychiatric adviser to the Department of Health from 1987 to 2003.

The death has occurred of Dr Dermot Walsh, the long-time inspector of mental hospitals and a fierce critic of accommodation standards for long-stay psychiatric patients.

Dr Walsh was responsible for setting up the national psychiatric inpatient reporting system in the early 1960s and served as inspector of mental hospitals from 1987 to 2003. He also worked as a psychiatric adviser to the Department of Health during this time.

He was director of the mental health section of the Medico-Social Research Board and, subsequently, the Health Research Board, from 1969 to 2003.

Dr Walsh’s reports on mental hospital frequently raised concerns about the substandard accommodation for patients in long-stay psychiatric patients. Among the issues he identified in a report in 2000 were broken toilets, the sharing of underwear, cold food, overcrowding, peeling walls and a lack of recreational or rehabilitation facilities.

He subsequently served on the government taskforce to design a new mental health policy which produced the Vision for Change report over a decade ago.