Case study: after she fell, Kay’s family found a residential place for her but she got bored 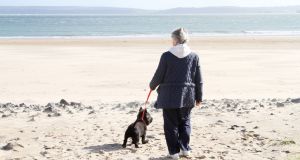 “The nursing home was very nice and comfortable, but I felt terrible. I was going out of my head, there was nothing to do,” says Kay. Library photograph: iStock

Kay (not her real name) went to a nursing home almost a year ago. Like many older people – she is 86 – she fell at home and her family grew concerned for her safety.

“They were worried for me. I was on my own and they said it would only be for a few weeks, or so I thought.”

Weeks turned into 10 months. Having lived independently at home, with weekly games of bridge and annual holidays with friends, she found herself becoming institutionalised in the nursing home.

“It was very nice and comfortable, but I felt terrible. I was going out of my head, there was nothing to do,” says Kay, who had been living in Munster. The home was in Dublin, near where her daughters lived, but far from her own home.

She asked to return home but both her family and the home refused to facilitate this. The nursing home threatened to call the gardaí to restrain her if she attempted to leave.

“The person in charge wouldn’t let me leave. She locked the room and said I couldn’t go until my family signed me out.”

Kay says it suited her children for her to be in Dublin, near where they live, and they weren’t pleased at her stance. “Yet they didn’t visit me all that often.”

She went ahead and discharged herself earlier this month, and travelled home in a taxi, at a cost of €360. Because she was not signed out by the nursing home, it refused to give her the necessary referral for home care that she had received before being admitted. She now pays for a small amount of private home care.

Back in her own house, she says she is delighted to be able to meet friends and do her own shopping. She plans to take up bridge again. “I don’t want to go back to a nursing home again. All I want is to be able to stay at home.”

Nursing Homes Ireland said it was unaware of the case, but said that any discharges have to be done under regulation. This states that a discharge should be agreed with a resident and “where appropriate” their family or carer.

The person in charge has to ensure, as far as possible, that the resident is discharged in a planned and safe manner, and that the person being discharged has the equipment and health services to facilitate this.