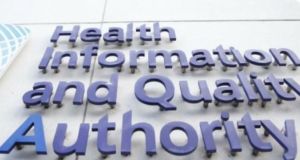 Nearly a third of centres for people with disabilities are falling short of safeguarding standards for residents, a Health Information and Quality Authority (Hiqa) review has found.

The watchdog published a five-year review of disability centre inspections on Tuesday.

Hiqa said overall the sector was not compliant with almost a quarter of regulations at the end of last year.

However, over the past five years inspectors had seen a “significant shift towards compliance” with standards, the report said.

The State agency carried out 743 inspections last year. It has powers to effectively close substandard facilities if repeated and serious failings are not addressed.

In November 2016 binding new regulations for the sector were due to be introduced. However, due to concerns nearly 350 centres would fall significantly short of the standards and be ordered to close, the deadline was extended by two years.

“Almost one in three centres inspected failed to ensure that residents were adequately safeguarded at all times in 2018,” the report said.

One common problem was tensions between residents living together in centres that did not have private rooms, the report said. “This may result in verbal and or physical aggression between residents due to their incompatible living arrangements,” it said.

Where Hiqa find a centre is not complying with standards, it can issue warning letters and then send notices proposing to cancel that facility’ registration.

Over the past five years, Hiqa served 68 notices to cancel registrations due to failings. In 51 cases the notices were withdrawn following improvements, the report said. In 10 cases the regulator followed through and removed the centres’ registration.

At the end of last year, 117 disability centres had conditions put on their registration to operate, requiring them to fund capital improvements and renovations.

In recent months Hiqa has warned Minister for Health Simon Harris nearly 80 State-run disability centres were at risk of closure due to their premises failing to meet standards.

Hiqa chairman Pat O’Mahony wrote to Mr Harris to warn existing funding to improve centres would not be adequate to address problems, which mainly relate to overcrowding and fire-safety concerns.

Despite financial pressures on the health service, Hiqa has informed the HSE it cannot adopt a softer line inspecting facilities where improvements to premises are required.

The Hiqa report also found little improvement in governance and management standards in the sector, with rates of major regulatory non-compliance increasing from 11 to 12 per cent over the five years.

Ms Dunnion said the agency had been informing the HSE of problems with inadequate premises in State-run centres for the last four years.