Plans for new €50m hospital in north Dublin to be lodged 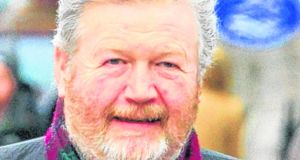 Plans for a €50 million hospital for north Dublin, with an urgent care centre and 40 beds, will be lodged with Fingal County Council on Tuesday morning.

The hospital, which aims to cater to both private and public patients, will be built by private health firm Vanguard Health Services International (VHSI) on a site north of Dublin Airport next to Swords Airside Retail Park.

The eight-storey building, accommodating eight operating theatres, 40 day case beds, a primary care centre, an urgent care centre and diagnostics services, is due to be open before the end of next year.

Vanguard chief executive Audrey McDonnell, a former NHS senior manager, aims to secure contracts with the Health Service Executive (HSE) to provide procedures such as hip replacements, hernia operations or cataracts surgery, for which there are long waiting lists in the public system.

“Our entire strategy is aligned with Sláintecare,” she said. “We will be offering public and private patients the opportunity to avail of a local facility for a range of services, including urology, ophthalmology and orthopaedic services, such as hip or ankle day procedures.”

The facility’s urgent care clinic would also help take pressure off accident and emergency departments in the surrounding public hospitals, she said. The Swords facility, which is expected to provide in the region of 500 jobs, would be the first in a “hub and spoke” network of facilities in Ireland, she said.

“The new hospital will be a huge benefit for the almost 150,000 people across Fingal and north County Dublin,” he said

“The Fingal towns of Balbriggan, Skerries, Rush, Lusk, Malahide, Donabate, Portmarnock, Portrane and rural Fingal are between nine minutes and 20 minutes’ drive from the proposed location close to Tesco and Ryanair HQ in Airside.”

In addition to cutting waiting lists for planned procedures, the new hospital could have a dramatic effect on local accident and emergency waiting times, he said.

“This will be a game-changer in healthcare in Fingal, diverting patients from Beaumont emergency department and enabling many procedures to be performed in the local hospital in Swords, where a bed will be guaranteed for the patient.”