Support for mandatory reporting of perinatal deaths to coroners 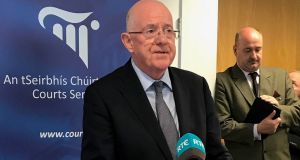 A lawyer who represented several families in cases of perinatal deaths believes proposed new rules on mandatory reporting to coroners of all such deaths represents a “massive shift” towards a culture of inquiry and learning in Irish healthcare.

Coroners are also broadly supportive of the proposed change in legislation which was brought to Cabinet earlier this week by Minister for Justice Charlie Flanagan. He secured Government Cabinet approval for the publication of a Coroners Amendment Bill 2018.

A decision would then be taken on whether they should be subject to a full inquest. It is understood that this will take place in the vast majority of contentious cases.

There are also measures included in the Bill giving powers to coroners to compel witnesses to attend and to provide documentary evidence.

Roger Murray, a solicitor specialising in medical negligence, who represented families affected by the Portlaoise hospital controversy – which concerned the deaths of five babies there and treatment of their parents – has said the new approach is indicative of a changing culture in medical practice.

“This is already a traumatic situation for families and having to fight for an inquest only adds to that. Anything that diminishes that is to be welcomed,” he said.

Sometimes medical explanations are open to challenge, Mr Murray said. Currently, whether or not a case is reported to a coroner is at the discretion of doctors who may believe the death to be “natural” and in no need of further investigation.

“There are a lot of issues around that because childbirth can be dangerous and there can be unexplained stillbirths and unexplained perinatal deaths. But at the very least families deserve answers,” he said.

“There is a massive learning opportunity in inquests.”

Mr Murray has made successful submissions on behalf of families who had previously been denied inquests. In a small number of cases he has approached the Attorney General who has the authority to direct an inquest take place.

Coroners had communicated their concern to the Department of Justice as to how far the new laws should extend in practice, particularly in relation to causes of death in pregnant women that are unrelated to their pregnancy.

For example, an “indirect death” caused by an illness such as cancer could be reported to a coroner but would not necessarily be subject to an inquest as that would be considered an inappropriate potential cause of distress to families.

A similar position arose around some causes of perinatal deaths, for example a child who dies of a genetic condition such as Edwards syndrome shortly after birth.

In that regard, the proposed legislation would be used to virtually guarantee full inquests only in contentious cases.

One source familiar with the views of coroners described the proposed legislation as “appropriate and sensible”.

“I think it’s a good idea that all maternal deaths are reported to a coroner and then they have the decision as to whether to investigate or not,” the source said.

Coroners have welcomed the fact the new legislation would make approaches to such cases more uniform.

Describing powers allowing coroners to compel witness attendance and the production of evidence, a source said they were “a good weapon to have in your armoury. Hopefully it will be a weapon that is rarely used.”

Another source said the new laws would be a comfort to families seeking inquests and would help reduce anxiety as to whether one would be granted. “It opens the door for a full investigation,” the person said.

The Bill, according to the Government spokeswoman, addresses “a key problem which has caused great public unease: that in a number of high-profile cases, regarding both maternal deaths and perinatal deaths, deaths occurring in hospitals – which should have been reported to coroners because they raised issues of medical error and were ‘unnatural deaths’ under the Coroners Act 1962 – were not so reported.”