‘Startling’ number of patients waiting for hospital beds in August 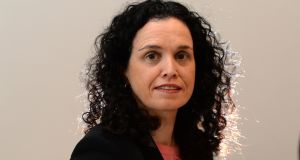 The number of patients waiting for a bed in hospitals in August is “genuinely startling,” general secretary of the Irish Nurses and Midwives Organisation (INMO) Phil Ní Sheaghdha has said. Photograph: Dara Mac Dónaill/The Irish Times

The number of patients waiting for a bed in hospitals in August is “genuinely startling,” general secretary of the Irish Nurses and Midwives Organisation (INMO) Phil Ní Sheaghdha has said.

There were 520 patients waiting for beds in wards or on trolleys on Wednesday, according to the INMO “Trolley Watch” count, which monitors hospital emergency department overcrowding.

The figures represent a 27 per cent increase compared to the same day last year, where 409 patients were recorded as waiting for a bed.

Ms Ní Sheaghdha expressed alarm at the figures, as August is not usually such a busy time for emergency departments,.

“Hospitals are already way over capacity, with the numbers climbing steadily. With figures like these, the outlook for the coming winter is extremely bleak in terms of both staff and patient welfare.”

“Until measures are taken to increase staffing levels, these numbers will continue to increase. The Government must prioritise recruitment and retention of nurses and midwives, through radical investment and giving them the pay rise they have earned,” Ms Ní Sheaghdha said.

The highest Trolley Watch count in July was 414, and 430 in June. The winter period is generally the busiest in terms of emergency department overcrowding. Hospitals saw record levels of overcrowding this winter, where Trolley Watch figures listed 677 patients waiting for a bed on 3rd January and 714 on March 12th.

Social Democrats co-leader Róisín Shortall said the overcrowding levels in hospitals were “intolerable for both patients and staff.”

The problem has “moved from being a winter seasonal problem to a year round feature of our hospitals,” she said.

A spokeswoman for the Health Service Executive (HSE) said one factor behind increasing numbers of patients on trolleys was a rise in the amount of people presenting to emergency departments.